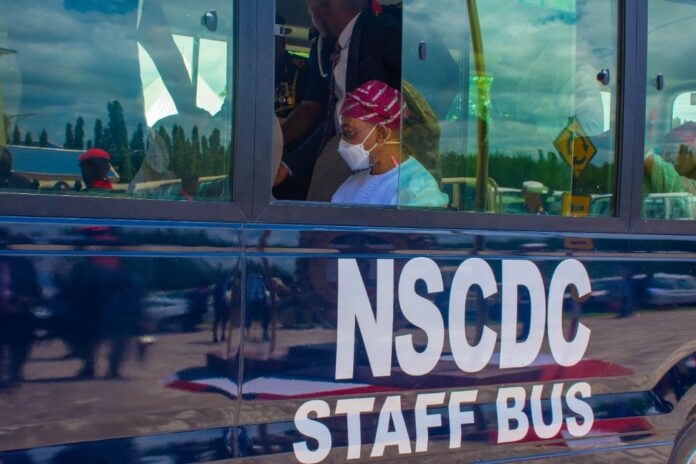 …Tasks personnel to be more committed to the security

Minister of Interior, Ogbeni Rauf Aragbesola, today commissioned a total of 93 operational and utility vehicles for the Nigeria Security and Civil Defence Corps (NSCDC) to enhance its operational capabilities.

According to the Minister “the gesture became possible with the support of President Muhammadu Buhari, which signifies commitment in confronting the pockets of insecurity bedeviling the country.

He stated that, with the vehicular support arms and equipment given to the Corps, there is no excuse for failure other than to deliver on its assigned mandate.

Aregbesola who spoke at the Headquarters of the Corps in Abuja reiterated that the commissioning of the vehicles was another leap in positioning NSCDC for better performance in tandem with President Buhari’s policy on ending different security challenges confronting the nation.

He further explained that the vehicular support is for improved service delivery to enable personnel of the Corps mobilise and arrive timely at scenes of crimes, disasters, or emergencies. 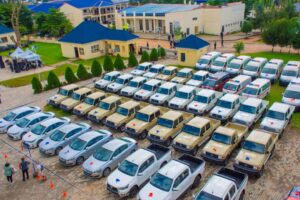 The Minister who described the Corps as a Nigerian creation warned personnel of the Corps against any form of brutality but rather, encouraged them to be civil with the populace while implementing its mandates of protecting Critical National Assets and Infrastructure, regulation private guards companies, crisis, and disaster management and other ad-hoc assignments such as Agro rangers, among others.

Aragbesola commended the leadership of NSCDC under Dr. Ahmed Audi whom he described as focused and visionary, resulting in significant milestones in the last one year.

On his part, Commandant General, Ahmed Abubakar Audi, Ph.D., mni, assured that the support received from the Federal government will serve as a catalyst in boosting activities of the Corps and promised to utilise the vehicles effectively and efficiently to serve the purposes for which they are procured.

The CG recalled that the Nigeria Security and Civil Defence Corps (NSCDC), has destroyed 71 illegal refineries, and arrested about 501 suspected pipeline vandals and oil thieves, and secured 59 convictions in the last eight months. 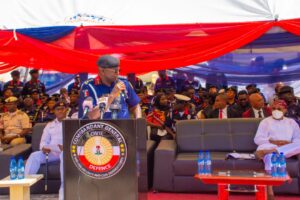 Dr. Audi who also promised to continue to work in synergy with sister security agencies noted that the specialised operational vehicles would be used to combat potential threats to national security.

He identified such acts as crude oil theft, illegal bunkering, smuggling, pipeline vandalism, and other crimes within the coastal and offshore areas as inimical to the economic growth of the nation.

He expressed appreciation to other sister security agencies and stakeholders for their continuous synergy and collaboration. 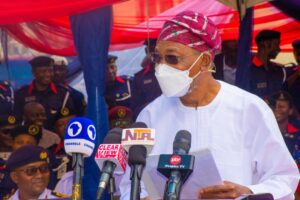 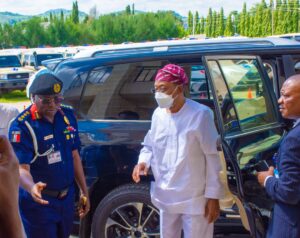 He also assured that the commissioned vehicles would not only be put to judicious use but will equally be well maintained.

He explained that they will be handed over to State Commands, National Headquarters, and other designated departments and units for specialised duties.

He however warned that any personnel found conniving or compromising national security and the Corps’ Standard Operational Procedure would face the law for appropriate sanctions.