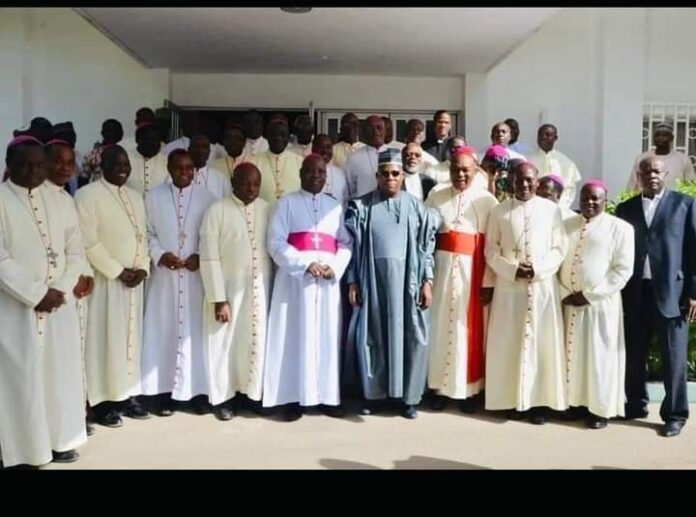 …Urges Nigerians to rise above ethnic, and religious sentiments

The group, an interdenominational Christian forum known for promoting peaceful co-existence and religious tolerance with members across the 19 northern states, said the decision to back Senator Shettima was based on competence, performance, and love for Christians during his days as the Governor of Borno State.

“It is high time Nigerians rose above ethnic or religious sentiments in the consideration of the choice of leaders at all levels of governance,” the group said.

The Christian group, which disclosed this in a statement jointly signed by the Chairman and Secretary; Reverend Moses Bwala Bitrus and Pastor Nicolas Abimaje and made issued to journalists in Kaduna, said the election of a President and his running mate, as well as other political positions, shouldn’t be measured on basis of tribe, religious and regional interests, but one who can work and tackle the plethora of problems facing Nigeria.

While reacting to the trending allegation that Senator Shettima created and has been sponsoring Boko Haram, the group challenged those behind the allegations to provide evidence with an assurance that they will mobilize Nigerians to reject him outrightly and if none, they should stop the campaign of calumny.

”We know all the efforts he has done to rescue the Chibok girls and end the Boko Haram insurgency at the risk of his life.

“A good number of our members in Borno and the Borno CAN Chairman Bishop Naga have confirmed that under Shettima as Governor, between 2011 and 2019, the Christian communities in Borno enjoyed a better deal and he gave priority to growth and development of all residents in the State “.

“We also gathered that in the history of Borno there was no Governor that worked with the Christian community and sponsored the highest number of Christian Pilgrims every year since 2011as much as Shettima.

“We want Nigerians to know that part of his principles of fairness was the reason the Plateau Governor, Simon Lalong was elected the Chairman of Northern States Governors Forum after he insisted his successor must be a Christian.”

The group, which noted that Shettima that didn’t choose himself, but Tinubu chose him, said; “we strongly believe that Tinubu/Shettima combination viewed as Muslim-Muslim Ticket is unacceptable.

“We urge Nigerians to rather view the ticket as a combined force that will help to tackle the issues of insecurity; poverty, unemployment, dwindling economy, dearth of industrial growth and several problems militating against growth and development of the country”