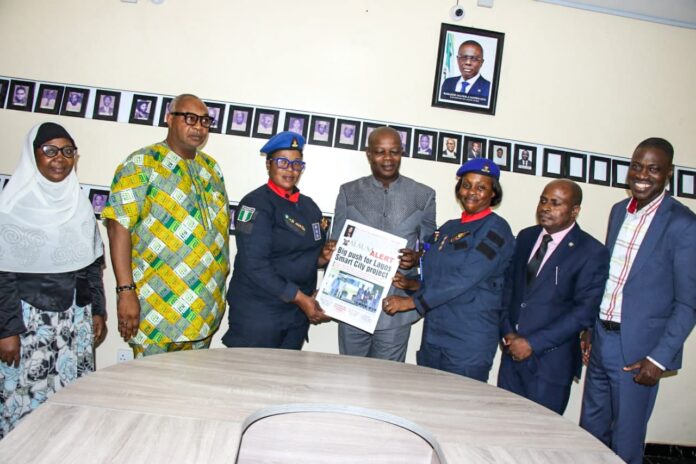 Commandant Eweka harps on the eradication of bullying, cultism, sexual and drug abuse, and other untoward crimes, among school children, in Lagos State.

The Nigeria Security and Civil Defence Corps (NSCDC), under the able leadership, of its Commandant General (CG), Ahmed Abubakar Audi, Ph.D., MNI, with genuine intentions and renewed vigor, to eradicate the spate of unhealthy, unsafe, and insecure occurrences of crimes now, commonly, noticed amongst school children, in the country, such as cultism, kidnapping, bullying, sexual and drug abuses et ce tera, had earlier established, a Special Female Squad (SFS), in all Commands of the Corps, adequately trained on the use of arms and other non – kinetic methodologies, to bringing lasting solutions to the incessant menace.

Furthermore, the Commander of the Squad, DSC Agada, who appreciated the Ministry, for the good-natured welcome they received, however, seized the opportunity, to state the purpose of the establishment of the Squad, which include to provide safety and security amongst our school children and acting as school safety vanguard, amidst other security reasons.

She also said, “the above will be achieved, by carrying out proactive measures, towards tackling cases of kidnapping, cultism, bullying, sexual and drug abuses and all kinds of criminality being perpetrated, in the school environment, through robust intelligence gathering and processing, detailed investigative mechanisms, routine patrols, sensitization of our school children as well as providing security and safety during school events.” 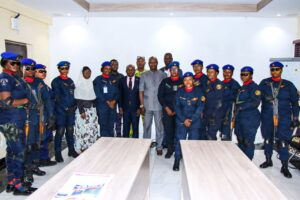 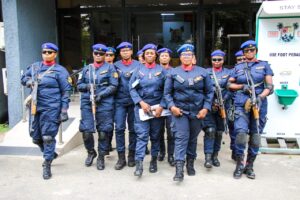 The Director of Information and Strategy, Mr. Segun Ogundeyi, who received the Squad, with other Directors in the Ministry, commended the Corps, for this great and lofty initiative.

He further said, ” he sees the initiative as a mission to rescue the nation from the state of security quagmire.

“The Ministry is willing to support, in terms of publicity, through talk shows on television and radio stations, to keep the Lagos state government as well as the public informed on a regular basis. 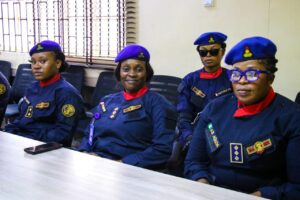 “He thanked the officers, for the visit and stated that the ministry is looking forward, to collaborating with the Squad, towards achieving its goal in Lagos State,” he said.

The familiarization visit was witnessed, by the top brass of the Ministry, such as; the Directors of Social Media, Information Production, Publication of a monthly tabloid ( Alausa Alert ), and officers of the Lagos Command Special Female Squad.

Finally, Commandant Eweka harps on the eradication of bullying, cultism, sexual and drug abuses, and other untoward crimes, among school children, in Lagos State. He also pledged his support, to ensure successful and excellent performance from the SFS in the command.