A retired Director in the Bayelsa State Ministry of Justice, Barr./Venerable Joseph Olodiama Jebba has called on the Bayelsa State governor, Senator Douye Diri to advise members of his cabinet to stop using their positions and influence appointments, postings, and promotions in the civil service.

Barr. Jebba gave the advice in a send-forth ceremony organized in his honour by the state ministry of Justice as he bowed out of service and to mark his 60th birthday anniversary. Barr. Jebba who described the civil service as a voyage said being a civil servant isn’t too sweet and isn’t too bitter, not too smooth, and not too rough, advised those who are still in service to apply diligence in their conduct in order for them to scale through adding that like the Biblical Paul the Apostle, he had fought the good fight, run a good race and has exited victoriously and meritoriously.

He further admonished them not to look unto any individuals to gain promotions but to look up to God who lifts one up and puts another down as human beings will disappoint them. 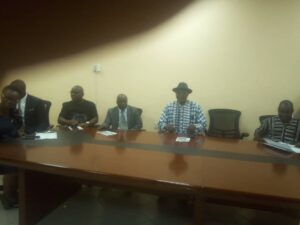 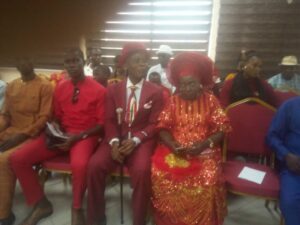 Jebba charged Gov.Diri to look into cases of negative oppression of politicians on the civil servants and should advise them to apply due diligence in their conduct. He cited instances where junior staff is made to occupy higher positions while the senior civil servants receive instructions from them.

He commended the state Attorney General and Commissioner for Justice, Hon. Britain Jonah for his staff-friendly disposition and for creating an enabling environment for the staff of the ministry to function maximally.

Earlier in his remarks, the Attorney General commended Barr. Jebba for the meritorious services he rendered to the state and humanity. He described him as a dependable ally who will greatly be missed by the ministry. He described Jebba as an intelligent, hardworking, and very diligent Director who discharged his duties without supervision. He tasked others in the ministry to emulate the paragogic lifestyle of Barr. Jebba stated that his doors are always open to hardworking and diligent staff. He advised Jebba to keep up his good work as he retired to his private practice. 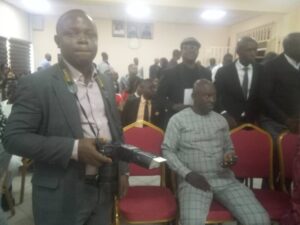 Goodwill messages and gifts were presented by staff of the ministry and family members who poured encomiums on the retired Director. Among the dignitaries who graced the event include the Permanent Secretary of the ministry, Mr.Preye Agedah, the Nigerian Bar Association branch chairmen of Sagbama and Ekeremor, members of the judiciary, senior lawyers, friends, and associates including Dr. Mubor and Dr.Tano Agusomu amongst other dignitaries.

The high point of the occasion was the unveiling of the book “Exponents on the Statutory and Customary Land Law and Land use in Nigeria”, authored by the retired Director, Barr. Joseph Olodiama Jebba.