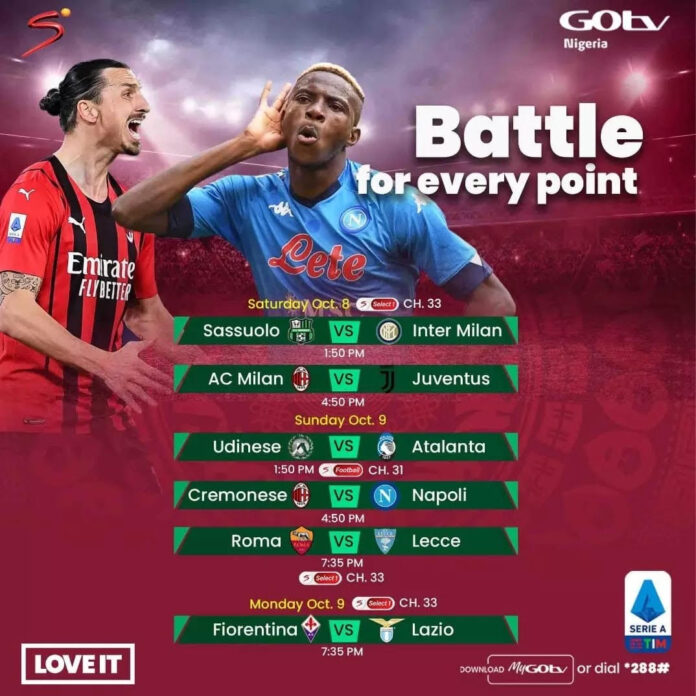 Defending champions, Manchester City will continue its title defense against Southampton at the Etihad Stadium, this weekend, for matchday 10 of the English Premier League 2022/23 season.

After humiliating their neighbor, Manchester United in a 6-3 defeat last Sunday, the Sky Blues will be hoping to extend their unbeaten run when they host the Saints this weekend while also piling pressure on Arsenal, the league leader. The game will be live on SuperSport Premier League (DStv channel 203) and GO Football (GOtv channel 31) at 3:00 pm on Saturday.

Pep Guardiola’s men will be buoyed by the goalscoring heroics of its striker, Erling Haaland, who has scored 17 goals in 11 matches for City including 3 consecutive hat-tricks. Guardiola was full of praise for the Norwegian youngster. “At his age, no one can compete with him, no one,” Guardiola said ahead of the team’s Champions League tie on Wednesday.

On the other hand, Nigerian striker, Joe Aribo will be hoping to lead his Southampton teammates to a surprising victory against the defending champions at the Etihad and hopefully add to his goal tally for the season.

La Liga promises to be exciting this weekend as the race for the league table gets hotter. Defending champion, Real Madrid, will pay a visit to Getafe this weekend. They will be hoping to bounce back from last weekend’s draw with Osasuna. The Saturday night game will be live on SuperSport La Liga (DStv channel 204 and GOtv channel 32) at 8:00 pm

Barcelona overtook Real Madrid at the top of the table last week and they will have to overcome a tough test from Celta Vigo to retain their position on Sunday. The game will be live on SuperSport La Liga (DStv channel 204 and GOtv channel 32) at 8:00 pm.

This weekend in the Serie A brings a thrilling challenge between reigning champions AC Milan and Juventus at the San Siro. Both teams find themselves outside the top four due to a topsy-turvy start to the league campaign.

Victory for the Rossoneri could see them sneak into the top four, while the visiting Old Ladies will be hoping to salvage a campaign that has started on a wrong note by securing a surprising victory in Milan. The match will be broadcast on GO Select 1 (GOtv channel 33) on Saturday at 4:50 pm.

To enjoy these games and many more, customers can download the MyDStv and GOtv apps to subscribe or upgrade or set up Auto-Renewal to stay connected without interruptions. Customers can also dial *288# to recharge.