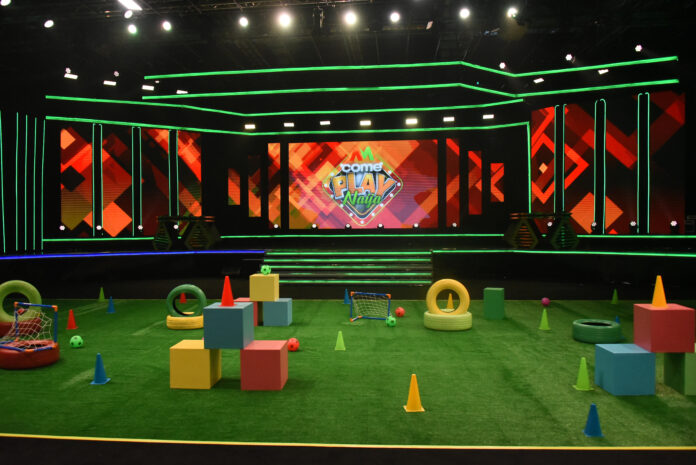 The first three episodes saw 6 teams win over N8 million at the end of the week. Viewers were treated to mind-gripping moments, jaw-dropping twists and turns, and shocking outcomes. If you missed it, here is what went down last week on Come Play Naija.

Team Yellow fought back and won N400,000 in obstacle course 2 placing them head-to-head with Team Lime.

When it looked like Team Lime would end up winning the highest cash prize, Team Yellow surprised everyone and won N1 million in obstacle course 3 bringing their win to N1,500,000. Team Lime had to forfeit half of their winnings and went home with N235,000.

Episode 2 was equally entertaining. Team Red played against Team Green. By the second obstacle course, teams Red and Green had N450,000 and N420,000 respectively. Team Green also won an additional N50,000 in the “Play with Calories” segment while Team Red won N400,000 in obstacle course 2 bringing their win to N850,000.

Team Green lost time in obstacle course 3 when their team member failed to adhere to the rules and was asked to start the course again. This gave Team Red the opportunity to win the N1,000,000 million prize. At the end of the show, Team Red won N1,850,000 while Team Green lost half of their winning and went home with N235,000.

The final episode, last week, saw a draw between team Lemon and Team Gold in obstacle course 3 which was the “Military Hurdle”. Team Lemon won N190,000 while Gold won N90,000. Team Gold won the “Junk in the Trunk” and the balloon game, both worth N600,000 while Team Lemon won the “Pay with Calories” and the Blind Game worth a total of N700,000.

Lemon won a total of N1,890,000 after winning the tiebreaker for obstacle course 3 and Gold had their earnings slashed to N345,000. Samuel, representing Team Lemon, chose to pick an envelope for himself instead of spinning the wheel for the team and won N2,000,000 million.

Come Play Naija is brought to you by Africa Magic and proudly sponsored by Power Oil.

For more information on #AMComePlayNaija and other Africa Magic programming, visit www.africamagic.tv