The game was in a draw situation with each team holding 33 points and only 22 seconds left on the clock when the Bayelsa boys threw three points from the center of the court that coincided with the final buzzer, sending the spectators into a moment of jubilation.

In a different but one-sided encounter, the girls from St. Jude’s Secondary Schools Amarata, Bayelsa State outclassed their counterparts from Akpur College, Gboko, Benue State by 38 to 14 to emerge winners in the girls’ category of the Championship.

Speaking at the basketball finals, the Managing Director and Chief Executive Officer of Nestlé Nigeria PLC, Mr. Wassim El-Husseini said, “The MILO Basketball Championship provides a platform to help the participants imbibe values that set the right foundation for their future. As they participate in sports, they learn grit – perseverance through hardship, courage to overcome fear, ability to work in a team, self-belief, respect, and leadership. We will, therefore, continue to do our utmost to help shape a healthier and happier generation of Nigerians by encouraging participation in sporting activities through the MILO Basketball Championship.” 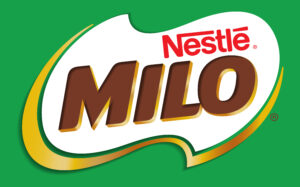 The Nestlé Chief Executive thanked the Nigerian Schools Sports Federation (NSSF), the National Collegiate Sports Foundation (NCSF), the Nigeria Basketball Federation (NBBF), the Ministries of Sports, Youth Development, and Education in the various states, for their support in ensuring the success of the Championship over the last 22 editions.

Also speaking at the National Finals Mr. Sunday Dare, Minister of Youth and Sports Development, represented by Professor Olawale Moronkola-Director-General of the National Institute for Sports said, “I wish to commend the commitment, passion, and financial support of Nestlé to the growth of basketball in the country. It is heartwarming to note that this platform has become a gathering for discovering, nurturing, and developing so many budding talents in our dear country.”

The Honourable Minister, through his representative also congratulated all the participants and promised the federal government’s support to companies that invest in support sports development.

The President of the Nigeria Schools’ Sports Federation (NSSF), Olabisi Joseph, who spoke on this year’s Championship said, “Nestle Nigeria PLC has made a significant contribution to the growth of sports in Nigeria and the creation of a bright future for young people by supporting and promoting basketball in schools. 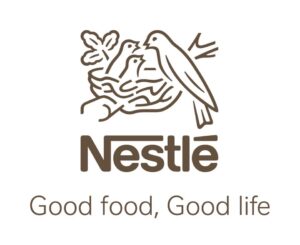 The championship has served as a platform for showcasing and harnessing the great potential of young Nigerian students and integrating them into the mainstream of basketball.”

The MILO Basketball Championship which started with less than 500 schools in 1999, now brings together over 10,000 schools every year, with a record registration of 10, 354 schools in the 22nd edition.