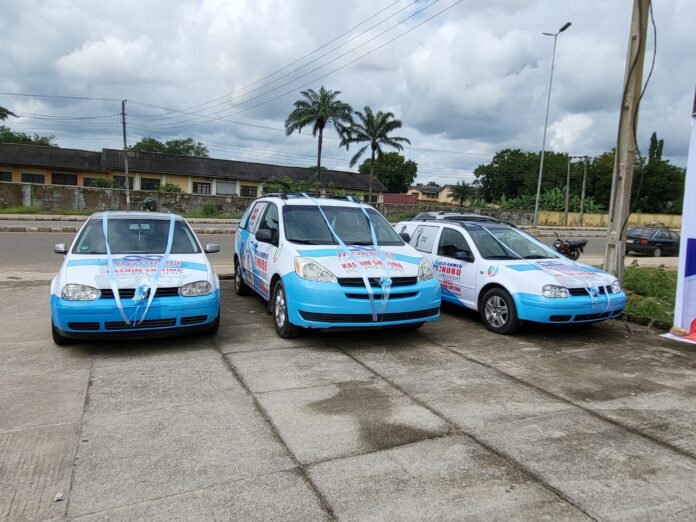 The APC Chapter of Owo Local Government has applauded Dr. Abiola Oshodi for being magnanimous to the party and for his unflinching support towards the downtrodden in the local government.

The party specifically appreciates Dr. Abiola Oshodi for presenting vehicles to two ward chairmen (Ehinogbe ward1 and Isaipen ward8) in the local government in order to kickstart the campaign of Asiwaju Bola Ahmed Tinubu/Kashim Shetima, the presidential and Vice-presidential candidates of APC during the forthcoming presidential election, while another vehicle was also presented to the Coordinator of the campaign for Tinubu/Shetima Nigeria/Canada (Comr Abiola Obanoyen, aka St Adidas). And cash gifts were subsequently doled out to twenty (20) market women to enhance their businesses.

The epoch-making event was chaired by a legal luminary, a son of the soil, and a former Commissioner for Justice and Attorney General in Ondo State, Chief (Barr.) Kola Olawoye and the Chief host was Chief Samuel Balogun, the LG Chairman of APC in Owo LG with all his excos in attendance.

However, party members, stakeholders, and some national leaders of the party expressed their happiness and commended Dr. Abiola Oshodi for such a kind gesture, and for his loyalty to the party, and they all prayed for him.