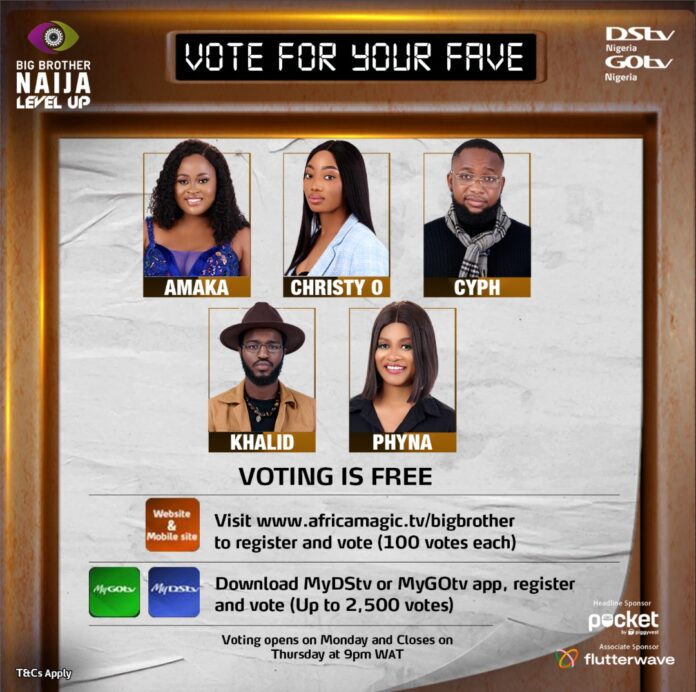 The Level 1 House has won the HOH game for the second consecutive week.

The feisty contest featured all housemates except previous Head of House, Eloswagg, as well as fake housemates, Deji and Modella.

Only Dotun, Cyph, and Hermes advanced to the next round in which Hermes emerged the winner.

As Head of House, Hermes was given the responsibility of nominating five housemates in Level 2 House for possible eviction. He was to be advised by members of his Level 1 House.

On why he nominated the five housemates, Hermes said they are the strongest, most confident, and vocal about their expressions, and as such, constitute major threats to his Level 1 House.

He added that the choice of Khalid was an emotional one for him, but he had to put his team first in his decision-making.