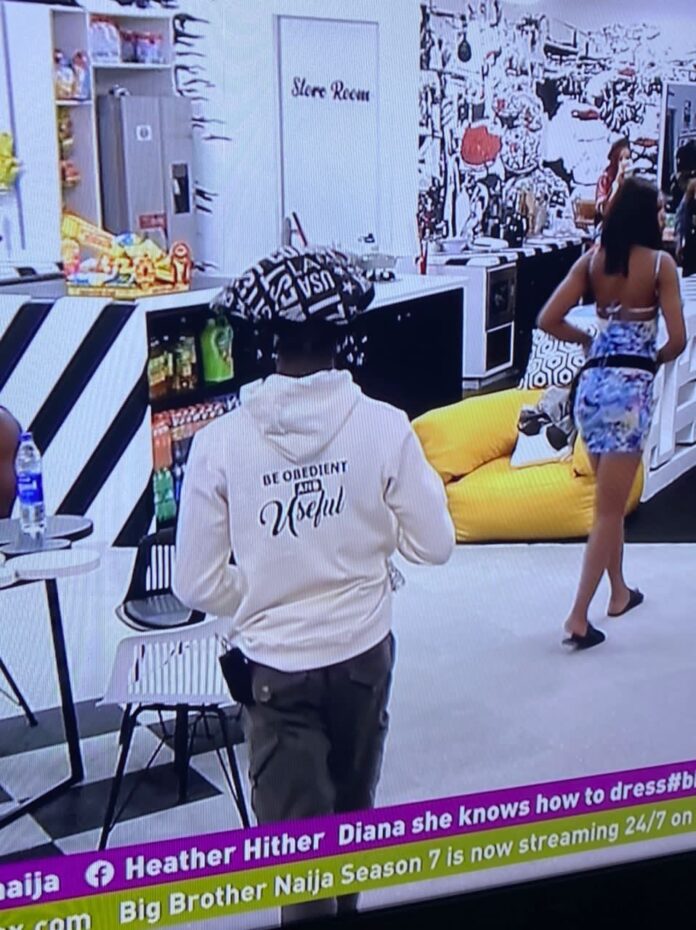 Big Brother Naija housemate, Eloswag, has elicited reactions on social media for what appears to be a subtle campaign for Peter Obi, the presidential candidate of the Labour Party in the 2023 general elections.

Eloswag, who on Monday emerged the first Head of House for season seven, was seen wearing a hoodie bearing the inscription “Be Obedient and Useful”.

The words resonate with Obi supporters who are popularly known as ‘Obidients’.

When Obi announced Yusuf Baba-Ahmed as his running mate, Obidients quickly coined the slogan “Be Obidient and Yusful” to drive their campaign.

Some Obidients took to Twitter to celebrate Eloswag for identifying with them.

Some social commentators had predicted that the show will be a distraction for Nigerian youth who have become politically active more than ever in recent months.

The message by Eloswag, however, suggests the youth remain politically active and vigilant while enjoying their favorite reality TV show.