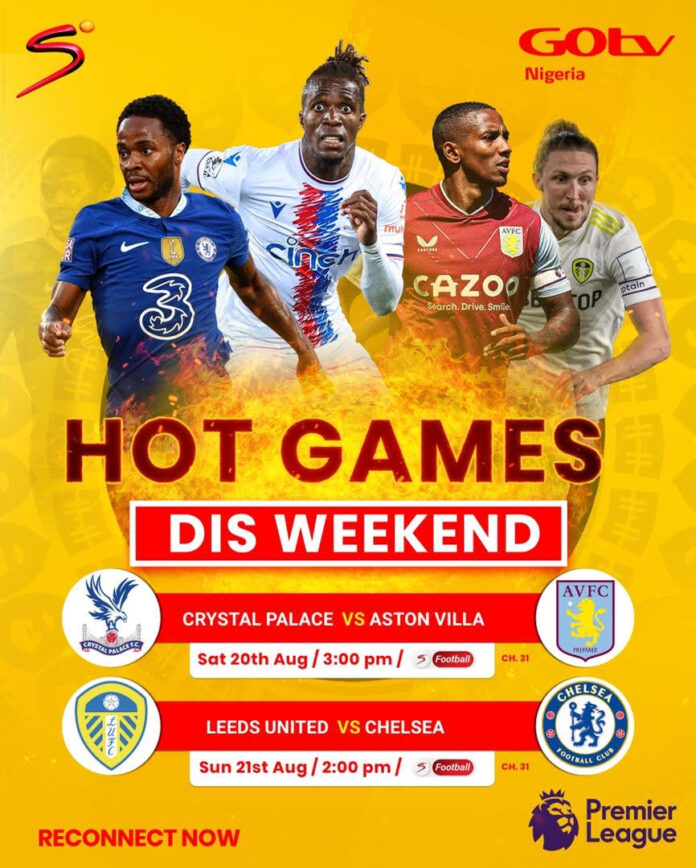 Chelsea will visit Elland Road to take on Leeds United for Matchday 3 of the 2022/23 English Premier League season showing on SuperSport.

Both teams will be hoping to bounce back from the disappointment of the previous week after they settled for one point each against Tottenham and Southampton respectively.

Thomas Tuchel’s men were held to a 2-2 draw against Tottenham in a heated clash that saw him and Antonio Conte get marching orders from the referee at the final whistle after both men were involved in a handshake debacle.

On the other hand, Leeds United threw away a 2-goal lead at the Saint Mary’s Stadium against Southampton after they conceded 2 goals in the last twenty minutes of the match. Jesse Marsch’s men will have to put the past behind them to get a point from the Chelsea tie showing on SuperSport Premier League (DStv channel 203) and Go Football (GOtv channel 31) at 2:00 pm on Sunday.

Meanwhile, Patrick Viera’s Crystal Palace will test their strength against Steven Gerrard’s Aston Villa at Selhurst Park. Crystal Palace has had a tough opening to the season, they lost to Arsenal in their opening match and drew Liverpool in their second match. 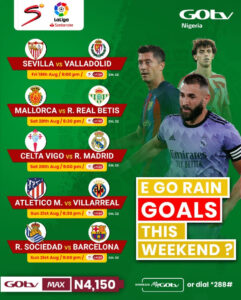 While Aston Villa managed to defeat Everton last week, they will need to put in a good performance against The Eagles. The two managers clashed a number of times during their playing days as skippers for Arsenal and Liverpool respectively, now they will be hoping to get the better of each other when the match goes live on Saturday at 3:00 pm on SuperSport Variety (DStv channel 207) and Go Football (GOtv channel 31).

In La Liga, reigning champions Real Madrid will pay a visit to Celta Vigo for their second game of the campaign. The tie will be showing on SS LaLiga Channel (DStv Channel 204 and GOtv Channel 32) on Saturday at 9:00 pm.

Barcelona will take on Real Sociedad in search of their first win after they were held to a goalless draw by Rayo Vallecano last week. This game will be showing on SS LaLiga Channel (DStv Channel 204 and GOtv Channel 32) on Sunday at 9:00 pm

To enjoy the new football season, customers can download the MyDStv and GOtv apps to subscribe, upgrade, or set up Auto-Renewal to stay connected without interruptions. Customers can also dial *288# to recharge.