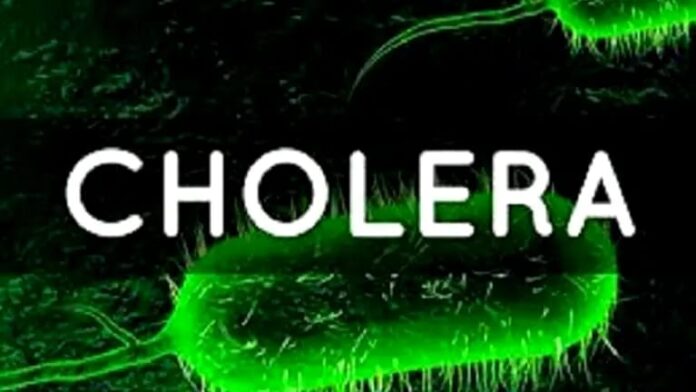 The outbreak has also been1 reported in another local government area of the state.

The death toll in the Cholera outbreak in Ekureku community in Abi Local Government Area of Cross River State has risen from Saturday’s figure of 20 to 51 on Monday.

The clan head of the community, Bernard Egbe, stated this when he received the candidate of the Peoples Democratic Party (PDP), Sandy Onor, who was in the community to empathise with them.

The clan head, who described the situation as unfortunate, said many infected with the disease were receiving treatment at various health facilities in the area.

He further said that four of the victims receiving treatment were in critical condition.

He said they had been receiving support from WHO, UNICEF, and some officials from the state government.

The cholera outbreak which started on Thursday affected 10 villages that make up the Ekureku clan, he said.

The PDP governorship candidate, Mr Onor, while noting that he felt the pains of the people, however, urged them to remain hopeful.

He said that if elected, he would ensure safe drinking water for the people of the state. He donated cash as palliatives to all the 10 affected villages in the Ekureku community.

Meanwhile, the Director-General of the state Primary Healthcare Development Agency, Janet Ekpeyong, said on Sunday that the state government was on top of the situation.

She said the government had deployed human and material resources to curtail the spread of the disease.

“The state Government has deployed a response team together with representatives from the World Health Organisation, the Nigerian Red Cross and Wash Programme.

“The combined team have all intervened accordingly and helped to save lives and prevent further spread of the disease,” she stated.

An outbreak of the disease has also been reported in a remote village in the Odukpani Local Government Area of the state.

The Permanent Secretary of the state Ministry of Health, Iwara Iwara, disclosed this to the News Agency of Nigeria (NAN) on Monday.

Mr. Iwara said the outbreak was reported on Sunday night and that the government had deployed men and material resources to the area.