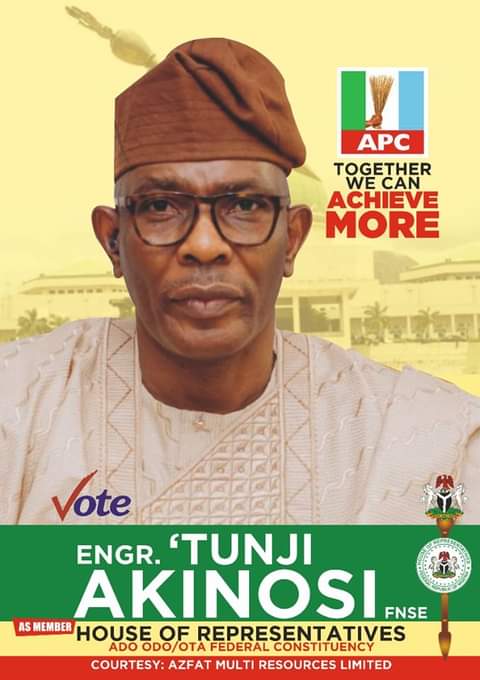 The Federal High Court sitting in Abeokuta, Ogun State, has dismissed a case filed by the Labour Party (LP) against the All Progressives Congress (APC), its House of Reps candidate for Ado Odo/Ota Federal Constituency, Engr. Tunji Akinosi and the Independent National Electoral Commission (INEC).

The Court ruled that the LP had no lucus standi to challenge primary elections in another party, the APC, therefore upholding the preliminary objection of the lawyer of APC, Barrister Abeeb Ajayi. The court also agreed with the APC’s counsel that the suit was statute-barred.

You may recall that the former Commissioner of Forestry in the State who emerged as winner of the party primaries held on the 29th of May 2022, had his victory challenged in court by the current member of the lower House representing the Constituency, Hon Jimoh Ojugbele who is seeking re-election for the fourth term including the candidate of the Labour party in the Federal Constituency, Aduralere Musa.

The Federal High Court in Abeokuta which gave her verdict against the Labour Party candidate earlier today had also fixed November 30th for judgment on the case brought by Hon Jimoh Ojugbele.