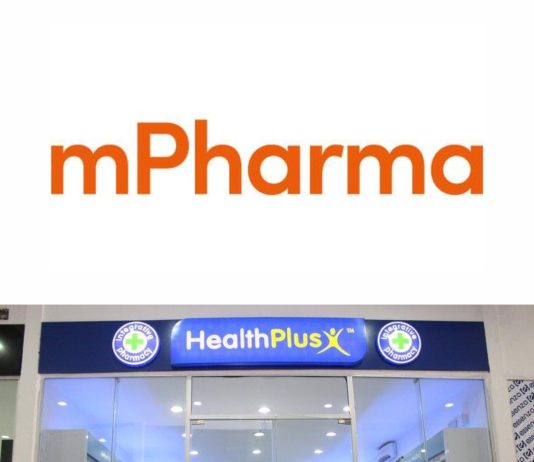 By Modebayo Adesanmi
Last week, mPharma, Africa’s leading health technology company, issued a statement in which it claimed it has acquired a majority stake in HealthPlus, Nigeria’s leading pharmacy chain.
A video shared on the Twitter page of Gregory Rockson, mPharma’s Chief Executive Officer, showed him explaining directly to HealthPlus staff why the acquisition was made and assuring them of mPharma’s commitment to keeping the HealthPlus dream alive.
This is coming almost two years after HealthPlus’ foreign equity partners, Alta Semper Capital UK, led by Afsane Jetha, and their local agents, led by Chidi Okoro, masterminded a hostile takeover of the company from its founder/Chief Executive Officer, Bukky George, following an unsubstantiated board resolution.
With coercive force provided by armed mobile policemen, HealthPlus staff was made to hand over their laptops, passwords, and other work tools. Some of the company’s staff were also arrested. This ensured a seizure of HealthPlus premises, IT platforms, and eventually the company operations.
The move saw George, owner of 46% of the shareholding, edged out in controversial circumstances.
There are pending cases initiated by George at the Federal High Court, including one in which Justice Oluremi Oguntoyinbo ruled for the commencement of contempt proceedings against Alta Semper in March 2021. This preceded another in which the same judge ordered all parties in the dispute to maintain the status quo pending the determination of the motion before the court. At about the same time, Alta Semper also petitioned the London Court of International Arbitration (LCIA).
Almost 24 months later, LCIA is yet to give its final verdict, in addition, to two of the yet-to-be-determined lawsuits in Nigeria. Thus, last week’s announcement that Alta Semper had sold shares to mPharma, with cases still in court, left many observers confused. The convention in corporate mergers and buyouts is that contact with internal and external stakeholders is prohibited until all legal, regulatory, finance, and governance hurdles are overcome.
The situation raises a few questions. Can Alta Semper sell without a board resolution? Can Alta Semper sell without the consent of the founder, given that she has the right of first refusal? Where does this leave the founder? What is the position of the regulator, Pharmacists Council of Nigeria (PCN)? Is mPharma not taking a huge gamble with its money or was it involved in the underhanded takeover from the off? Is mPharma aware that Alta Semper is holding the founder’s personal assets and personal loan to the company they co-own? So many questions begging for answers.
The HealthPlus ownership crisis began with a breach, by Alta Semper, of the agreement to invest $18 million in HealthPlus in two tranches. The private equity firm invested the first tranche of about $ 9.4million in March 2018 and was to complete the deal 12 months later. For reasons thought to include the inability to raise funds, Alta Semper was unable to fulfill the other leg of the agreement.
A report published by thecable.ng quoted a private equity executive as saying: “The Alta Semper story is common knowledge in the PE (private equity) circles in the UK. They clearly have problems raising money. Their original fund raised through two family offices was very expensive. They are struggling to find new money at lower costs. Seemingly, HealthPlus is one of their prime assets, especially with the COVID situation. There is a lot of pressure on Alta Semper to increase its stake and look for an exit or IPO. So that’s probably why they are behaving like they are. There is a little bit of desperation and opportunism.”
Alta Semper obviously found the lax Nigerian business environment to its liking, as indifference to regulations is almost without repercussions. It is similar to the P&ID mess that has pitted the Federal Government in UK courts. There are many examples of private equity deals where the intent of the investor to seize the company via complicated legal agreements, which Nigerian lawyers struggle to understand, thereby leaving their local clients as easy prey.
Companies are being taken over for pittance or nothing. The lack of a national investment policy is a major problem. But there are strong whispers, following the highly publicized HealthPlus saga, that a national investment policy is in the works. Hopefully, this will offer a level playing field for all parties.
In the meantime, HealthPlus looks like a shell of the company it once was. Its policy of always having a pharmacist on duty and an extensive inventory is now a fading memory.
Time appears to be running out on HealthPlus to turn the tide and restore the pride of pharmacy in Nigeria.