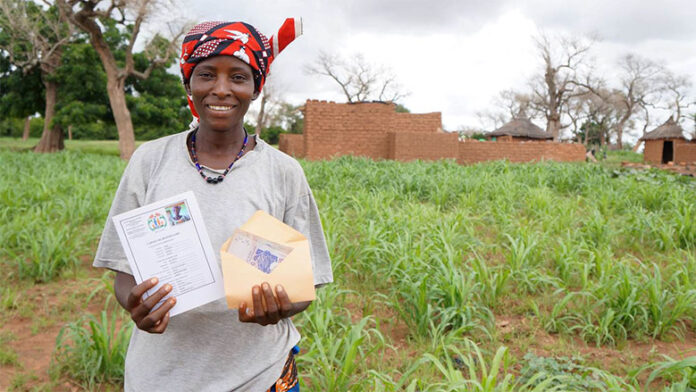 Poverty and life of penury is a pandemic that has eaten deep into the socio-economic fabric of Nigeria as a nation.

Sadly, this has exacerbated, over the years, rather than abated, and this has plunged us into living below the acceptable standard of living.

Governments, over the years, have striven to ameliorate this malaise. Unfortunately, maybe as a result of poor implementation or, even, misappropriation of resources, the many schemes aimed at resolving these socio-economic ills have failed, over the years.

At the advent of the Buhari administration; in fact, during the campaigns, one of the promises made by the government, apart from creating an enabling environment, for wealth creation, through the provision of infrastructure, is the conscious effort at bringing the citizens out of poverty.

Pivotal to this drive is the National Social Safety Nets Project (NASSP), a project of the Nigerian government in partnership with the World Bank whereby the government infuses credit facilities to target the more vulnerable populations in rural and urban communities across Nigeria.

With targeted cash transfers and other interventions, the scheme took off in 2016, with the aim of reducing poverty and economic vulnerability amongst Nigeria’s poorest households.
This culminated in the setting up of the National Social Safety Nets Coordinating Office (NASSCO) which is saddled with building a sustainable social protection system, for Nigeria, coordinating the safety nets program, and building the National Social Register of Poor and Vulnerable Households which is the document on which the implementation of the project is dependent.

Enamoured with a register of over forty-five million individuals from about ten million households, a little more than two million households have, so far, benefitted from the Federal Government’s conditional cash transfer program.

Also, the economic crunch occasioned by the effects of the Covid 19 pandemic was tackled and millions of non-traditional urban poor households were beneficiaries of palliatives which found their way to over five million Nigerians listed in a Rapid Response Register (RRR).
Having experienced successes unprecedented, the government plans to extend the scope of the scheme to a larger number of beneficiaries from poor and vulnerable rural households as well as non-traditional urban poor.

What were the motives behind this scheme and what have been the gains?

The scope is great, the achievements are numerous and, of course, the beneficiaries are innumerable. The scheme has not only reduced the rate of penury of the average poor person in Nigeria, but it has also, equally, set them on the pedestal to climbing the economic ladder. And, a catalyst for this climb up the economic ladder is the government’s concentration on infrastructural development.

The scheme has been able to attain about sixty percent success as a result of the methods adopted for identification and distribution. One of such methods is what we call Geographic Targeting whereby beneficiaries are drawn up relying on geographic location i.e areas where ecological and other geographic impediments like desertification abound thus leading to acute poverty thereby the need for more intervention.

Certain communities also are worse-hit. The Northern part of Nigeria, as a result of the high illiteracy level experience more poverty. This makes it a top priority for intervention.
Another means for identifying beneficiaries is through proxy whereby an entity is used to represent a chunk of beneficiaries and relief is passed through such proxy.
Most relied upon, however, is the Government Social Register which is used to reach out to the indigent within the society and used, also, as a measure to determine the level of success of the scheme.

While participants are generally from poor households, women and people with disabilities are given priority thus the attendant criticism of limited coverage. This is, however, not entirely true as an entire household or community can be impacted going through women.
This criticism, nonetheless, cannot be wholly discarded as the International Monetary Fund (IMF) echoes the same reservations citing limited coverage and weak targeting as challenges facing the success of the scheme.

According to the monetary body, “Nigeria needs to improve coverage and efficiency of its social assistance programs. As of 2018, around a fifth of the vulnerable population (the bottom 60 percent of the population) receives some kind of social assistance with a small fraction receiving cash transfers.

The fund recommended a cumulative increase in social spending by about one per cent of the Gross Domestic Product from 2022 to 2026.

It must be stated, here, however that poverty had, hitherto, eaten deep into the socio-economic fabric of the Nigerian nation. Efforts to ameliorate can only be felt gradually. Testimonies, from beneficiaries, abound and, slowly but surely, more households are being delivered from the pangs of poverty.