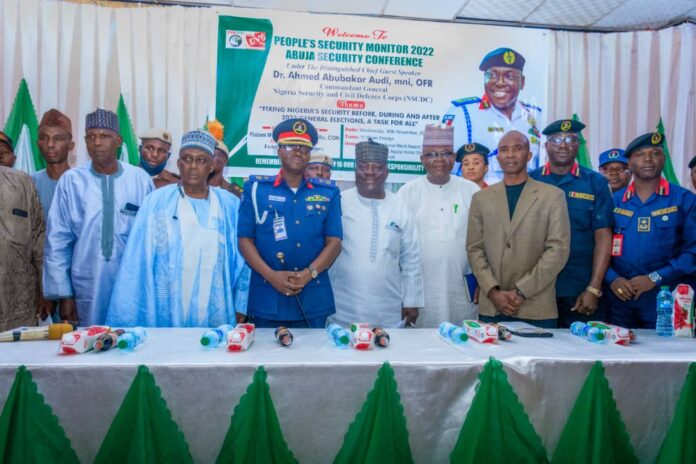 The Commandant General of the Nigeria Security and Civil Defence Corps (NSCDC), Dr. Ahmed Abubakar Audi, MNI, OFR, opined that the success of the upcoming general elections depends on improved synergy amongst security agencies on one hand and collaboration with the citizens on the other hand.

He said this while delivering a keynote address on the theme “Fixing Nigeria’s Security Before, During and After 2023 General Elections: A Task for All,” at the Peoples Security Monitor Security Conference 2022 held at the Nigeria Merit House, Maitama, Abuja.

Represented by the Commandant, NSCDC FCT Command, Dr Peter Maigari, the CG maintained that the upcoming 2023 general elections require new approaches and improvements on the electioneering process through conscious and deliberate efforts to ensure its success.

He stressed that elections are better conducted in peaceful and secure environments, hence, no act of lawlessness, impunity, killings, arson, assassinations, or wanton destruction of lives and property will be condoned or allowed to mar the peaceful conduct of coming elections.

“Building a secured and safer Nigeria is a herculean task that requires sincere efforts, determination, commitment, and sacrifices from everyone.

“We are still standing as a nation because the government is alive to its responsibilities as provided for in Section 14(2)(b) of the 1999 constitution (as amended).

“Insecurity in the country has been significantly degraded and the government is in control of the security architecture of the country having recorded meaningful progress in the fight against insecurity to a large extent,” he assured.

He further emphasized that fear is a major threat to any election, noting that when fear is allayed, people can move freely, to cast their votes without any apprehension. 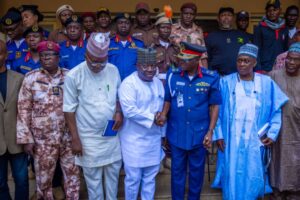 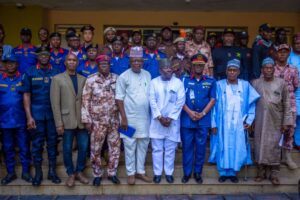 He charged the populace with the need for prompt Intelligence and Information sharing with security agencies to help stem the rate of crimes and criminalities before, during, and after the Elections.

“The need to be security conscious in our immediate environment at all times should not be re-echoed again and again before we understand that credible information and tip-offs given to security agencies is a major component in fighting insecurity.

“Just like the way a secured and enabling environment boosts investor’s confidence, the same way a safe domain is a key to the turnout of voters and credibility of the polls,” he said.

The NSCDC Boss expressed readiness to work closely, with relevant Security Agencies, noting that such synergy would strengthen National Security.

“Happily, the level of collaboration among members of the Inter-Agency Consultative Committee on Elections Security (ICCES) is poised to ensure adequate security is provided for the people, Independent National Electoral Commission’s (INEC) offices, its officials, and sensitive and non-sensitive election materials.

“No agency has the monopoly of intelligence and tactics, the Corps will continue to partner with the Nigeria Police Force, which is the lead agency in Internal Security and other security and law enforcement agencies to ensure a hitch-free poll and guarantee a crime-free environment to enable eligible voters to exercise their voting rights come 2023.

“The NSCDC remains apolitical and only interested in working for the collective good of the country.