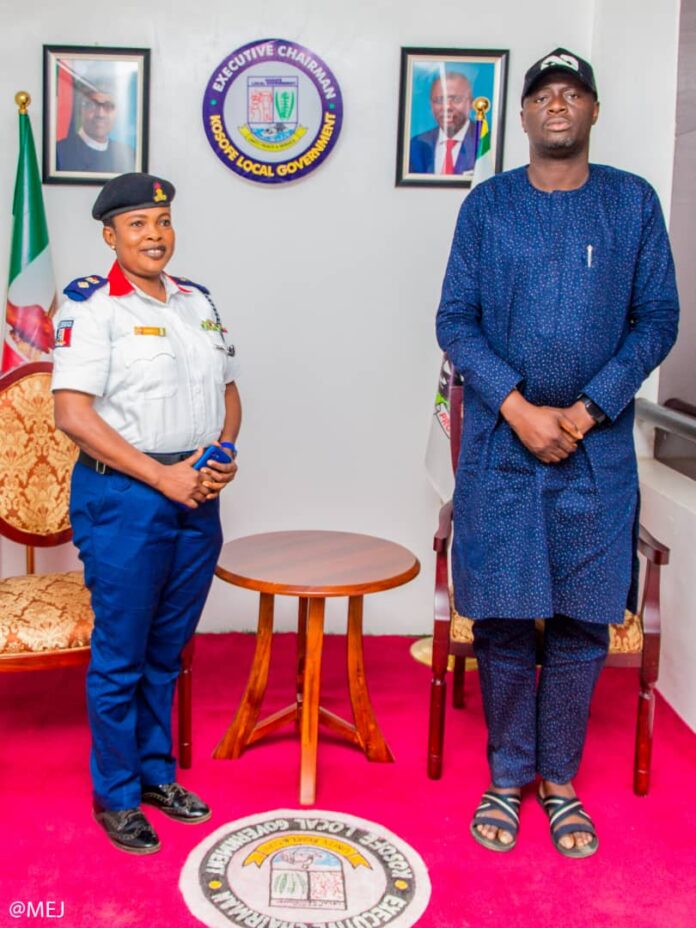 The Divisional Officer ( DO ), Nigeria Security and Civil Defence Corps ( NSCDC ), Lagos State Command, Kosofe Division, Chief Superintendent of Corps (CSC) Vivian Akoun, in furtherance of her systematic and operational move, to fulfill the mandates of the Corps, at the division, paid a familiarization visit to Barrister Moyosore Ogunlewe, the Executive Chairman, Kosofe Local Government Area ( LGA ) in Lagos.

The well organized, the visit was also intended, to assure the Chairman and the people of the Area, of the strong presence and relevance of the NSCDC, in the LGA.

The deliberations, which targeted, strategies needed to improve the ante of security and safety, of lives and property, and protection of critical national assets and infrastructure, belonging to the Federal, State, and Local Governments, in the Area were very successful and hopeful.

Barrister Moyosore Ogunlewe, the Executive Chairman, Kosofe Local Government Area ( LGA ), received the delegation of the division and commended them for their thoughtfulness, and proactiveness, towards stakeholders’ engagement, in providing adequate security in the LGA. He also promised adequate support for the Corps, in the Kosofe LGA. 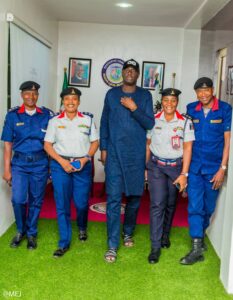 The above visit was in line with the vision, of the Commandant, NSCDC, Lagos State Command, Commandant Edenabu Okoro Eweka, CNA, ACMA, as one of the formal tactics, to put a stop to all forms of needless and inimical economic sabotage in the state.

CSC Vivian Akoun was also accompanied to the office of the Executive Chairman of Kosofe LGA, by principal officers and men of the division.