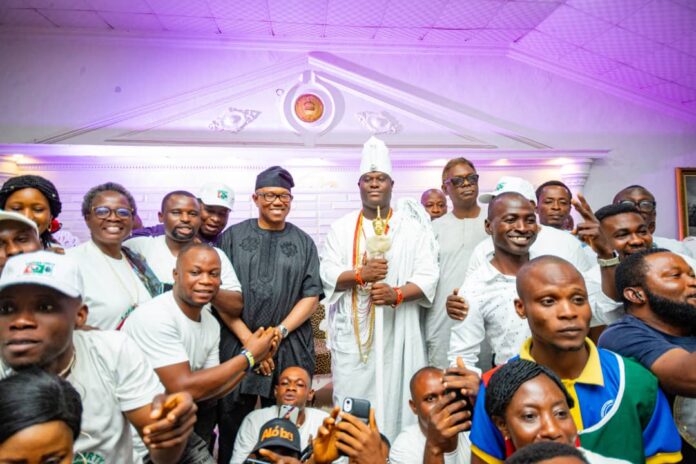 Ooni Ogunwusi made this known on Tuesday while playing host to the former Anambra State Governor, stressing that it is obligatory for any society seeking greatness to prioritise youth development and capacity building.

“Right from my first day as the 51s Ooni of 3rd dynasty of Ife I openly dedicated this revered throne to the youth population and I have been matching the promise up with actions in form of programs and several initiatives geared towards empowering our youths because they are our future.

“I am glad that you recognize that fact and I pray that God Almighty grants your hear desires.” The Ooni said. 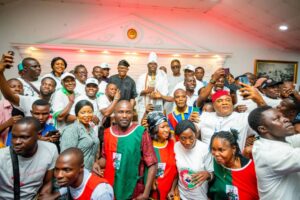 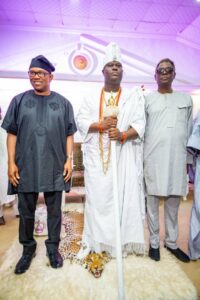 Earlier in his address, Mr. Peter Obi who thanked the Ooni for the warm reception, urged the electorates to see beyond religious and tribal sentiments while choosing the next leaders for the country in 2023.

Obi who lamented the current state of the nation advised Nigerians to choose a better future for themselves by voting for the right set of leaders.

“To the Nigerian youths, it is now your turn to take this country from them, choose the right leader that would take the country to the promised land. your time and nobody is entitled to take it from you, if they give you money, take it, they are only paying parts of their debt.”

“Nobody should vote for me because am an Ibo man, southeastern, or because of my religion. There is no tribe where people are eating free food, buying bread cheaper, or exempted from the excruciating hardship currently being experienced in the land.” Peter Obi said. 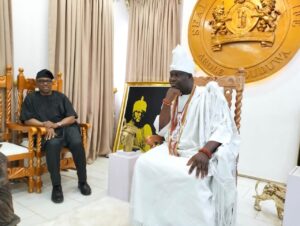 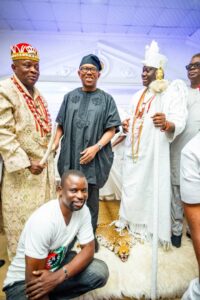 In his welcome address, the leader of the OBIdient movement in Ile-Ife and its environs Mr. Olamide Awosunle explained that he is surprised by the prominence being enjoyed by the movement nationwide, stating that the development points to the fact that Nigerians are ready to choose a better future.

“The time is now and we must make the best use of it, we are the structure of the Labour Party in Ile-Ife and the entire Ife land is made of 4 Local Government Areas just like we have in other parts of the country. Unlike before when some jealous politicians mocked us that we have no structure, people are now compelled to join us daily because of our success in mobilizing and productive engagement.” Awosunle said.

Mr. Peter Obi was led to the Ooni’s Palace by a former political adviser to the president and Southwest Coordinator for Peter Obi Campaign Council, Professor Akin Osuntokun accompanied by Labour Party faithful and members of the OBIdient Movement from across the 4 Local Government Areas of Ife Zone, in the State of Osun.