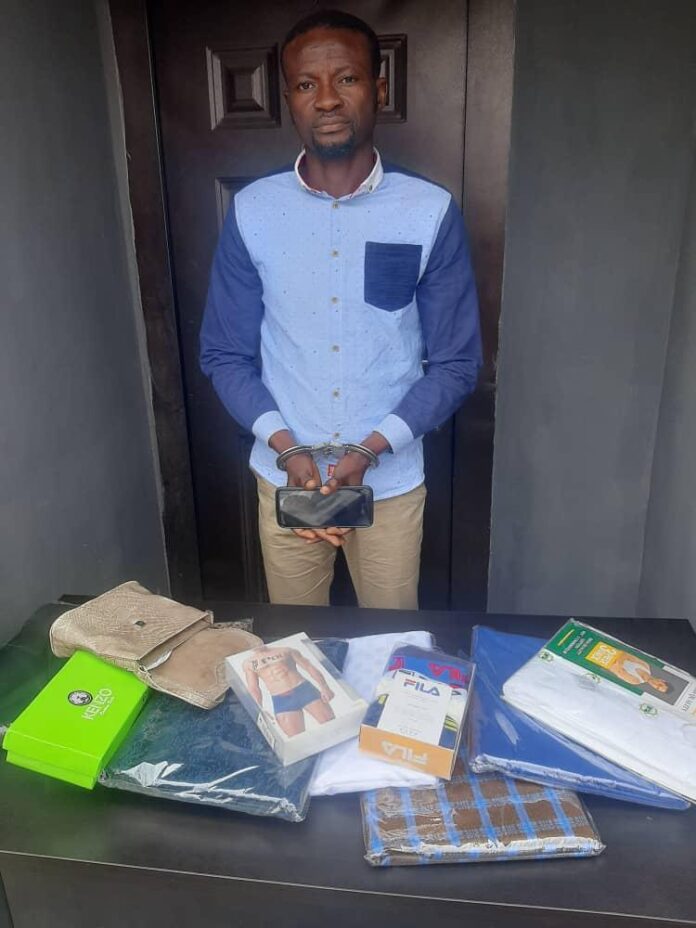 He was arrested following a painstaking investigation that was launched after a number of reports were received about his activities. Different CCTV footage at his various crime scenes has aided in the irrefutable identification of the suspect.

In his last operation, the suspect dispossessed his victim of her Infinix Hot 9 mobile phone, as well as the assorted fabrics, underpants, and singlets she came to sell, all valued at N193,000.

Preliminary investigation revealed that the suspect’s modus operandi was to pose as a genuine buyer on social media platforms, order items, and request vendors to supply the items at designated hotels, where he would then rob them.

The investigation is ongoing to recover other stolen items from his previous operations.