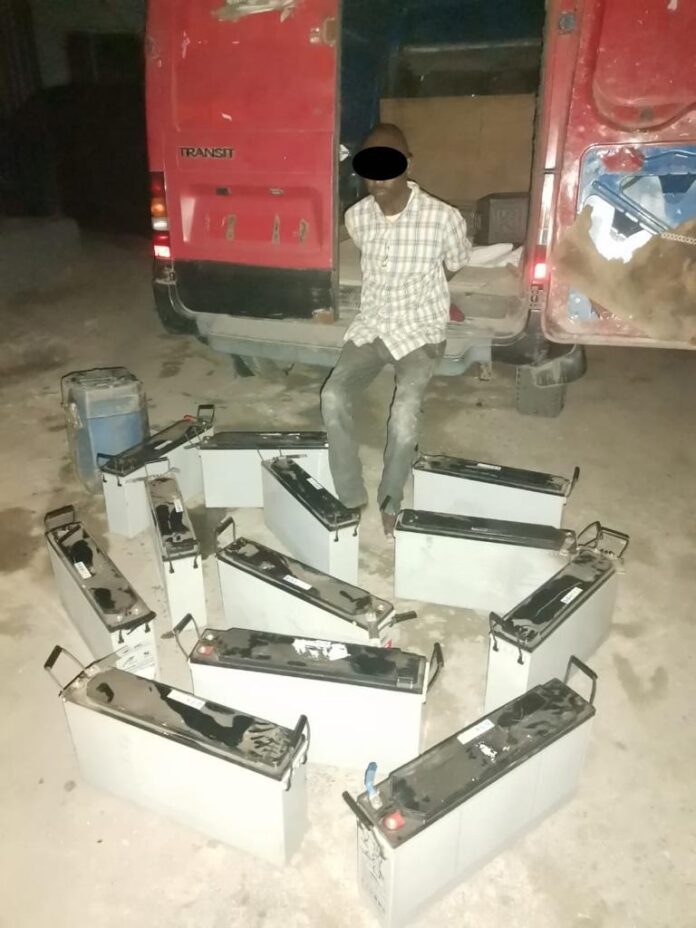 Operatives of the Meiran Division of the Lagos State Police Command have arrested one Emmanuel Aaron ‘m’ aged 35 for vandalizing a telecommunication mast in the Isoto area of Meiran.

The suspect, who was arrested on Wednesday, August 17, 2022, at about 3:05 am in response to a distress call about the presence of vandals at the mast, was found with twelve solar batteries already loaded in their operational bus, a Ford with registration number FKJ 519 YF.

His conspirators (still at large) took to their heels upon sighting the policemen. Investigation is ongoing to arrest fleeing conspirators. Suspects would be arraigned at the conclusion of investigations.

The Lagos State Commissioner of Police, CP Abiodun Alabi, FDC commends residents of Lagos State for always promptly alerting the authorities to suspicious persons/happenings, assuring them that the Command would not relent in its resolve to continually make the state safe for everyone.