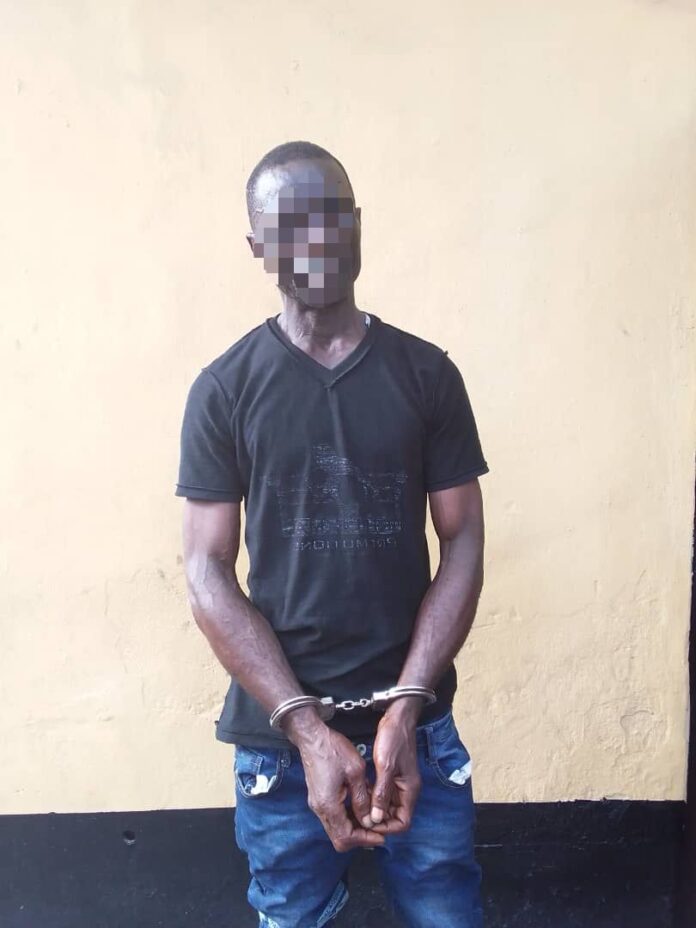 …Rescue and reunite victims with their families

Operatives of the Surulere Division of the Lagos State Police Command have arrested one Austin Kanu ‘m’ aged 51 for abducting four teenage boys.

The victims, one Toheeb ‘m’ aged 16, Isaac ‘m’ aged 16, Chukwuma ‘m’ aged 16, and Idowu ‘m’ aged 18 (surnames withheld) were on October 9, 2022, at about 2010hrs discovered in an isolated place within the National Stadium, Surulere by the Chief Security Officer of the stadium who was on routine patrol and then alerted the police.

Preliminary investigation revealed that the suspect lured the victims from Ogba and Agege to Surulere.

Their parents when contacted confirmed that the boys had been missing since the early hours of October 29, 2022.

The suspect will be arraigned at the conclusion of the ongoing investigation.

The Commissioner of Police, CP Abiodun Alabi, FDC enjoins Nigerians to be vigilant and report any suspicious happening to security agencies.