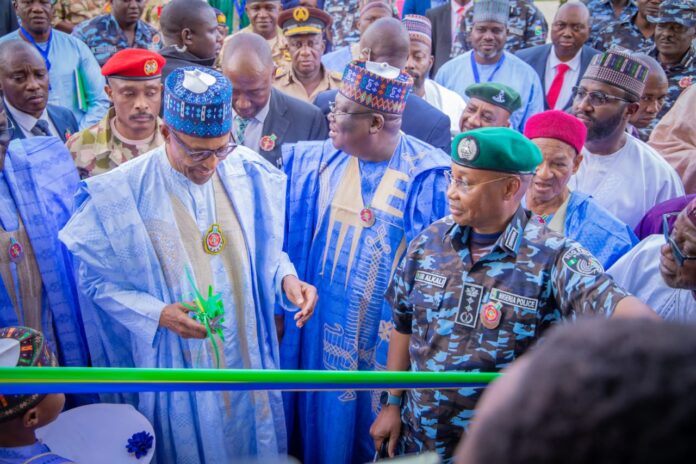 The President of the Federal Republic of Nigeria, Muhammadu Buhari, GCFR, was on the ground in Damaturu, Yobe State for the commissioning of some state-of-the-art construction projects by the Inspector-General of Police, IGP Usman Alkali Baba, psc(+), NPM, NEAPS, FDC, CFR.

Amongst the various projects commissioned include a fully furnished ultra-modern Police Hospital complete with a hospital block, administrative block, pharmacy building, a modern accident, and emergency centre, as well as a morgue. 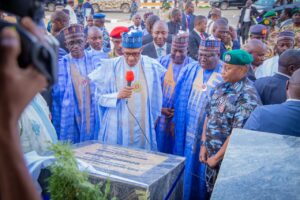 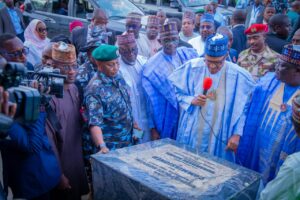 Others include a newly constructed two-story structure to serve as the Yobe State Police Command headquarters fully fitted with furnishings, contemporary information, and technology assets, and an elevator and access for persons with physical challenges. Also commissioned is a new block of classrooms, an administrative block, and two hostel blocks for the Police Secondary School in Damaturu, Yobe State.

The President, while expressing his satisfaction with the elegance of the projects, lauded the Inspector-General of Police for his visionary leadership and commitment to better policing services for all members of the country, which has translated into magnificent projects for the Nigeria Police Force all around the country.

The Inspector-General of Police urges indigenes and residents of the Yobe state capital to make effective use of the international standard health and educational services of the Nigeria Police Force available to achieve giant strides both nationally and internationally as they cater to both the police and members of the public.