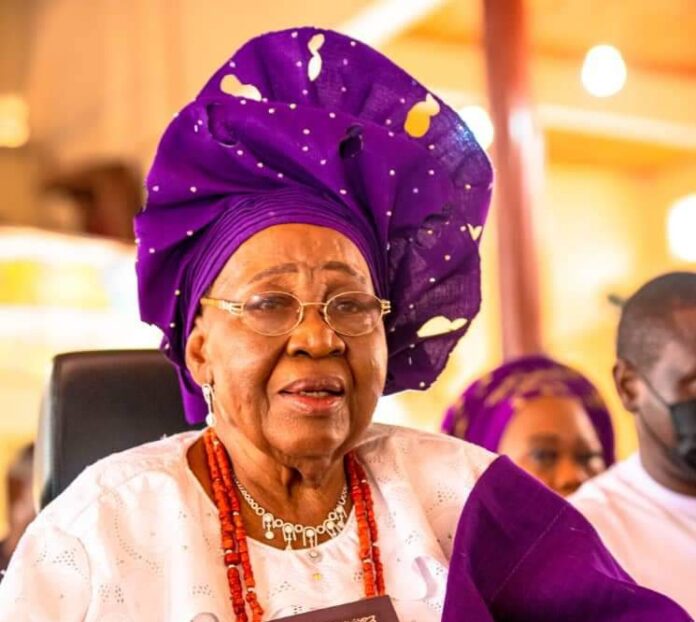 Governor Sanwo-Olu, in a statement issued on Thursday by his Chief Press Secretary, Mr. Gboyega Akosile, urged Governor Akeredolu, the deceased family, friends, and entire people of Owo and Ondo State in general to preserve the legacy of love and prayers left behind the deceased.

He also urged members of the Christian community to immortalise the good name of the late nonagenarian and her service in God’s vineyard.

He said: “On behalf of the State Government, good people of Lagos State, and my adorable wife, Ibijoke, I sympathise with my brother, Governor Oluwarotimi Akeredolu, on the demise of his beloved mother and matriarch of the family, Lady Evangelist Grace Akeredolu.

“I also send my heartfelt condolences to all the children, grandchildren, great-grandchildren, family members, and entire people of Owo and Ondo State over the death of Mama Akeredolu.

“Mama was a strong supporter and pillar of Governor Akeredolu and without any iota of doubt, she contributed to the success of all her children as a principled, disciplined and committed mother. She also trained her children and those around her in the way of God.

“As an evangelist, she served God and humanity passionately using her gift and talent to win souls for God and minister to people around her. She was an apostle of God and remained committed to God till her passing on Thursday.

“The elderly and wise counsel of Mama would be sorely missed. I pray God will grant the deceased eternal rest and grant the family the fortitude to bear the irreparable loss.”