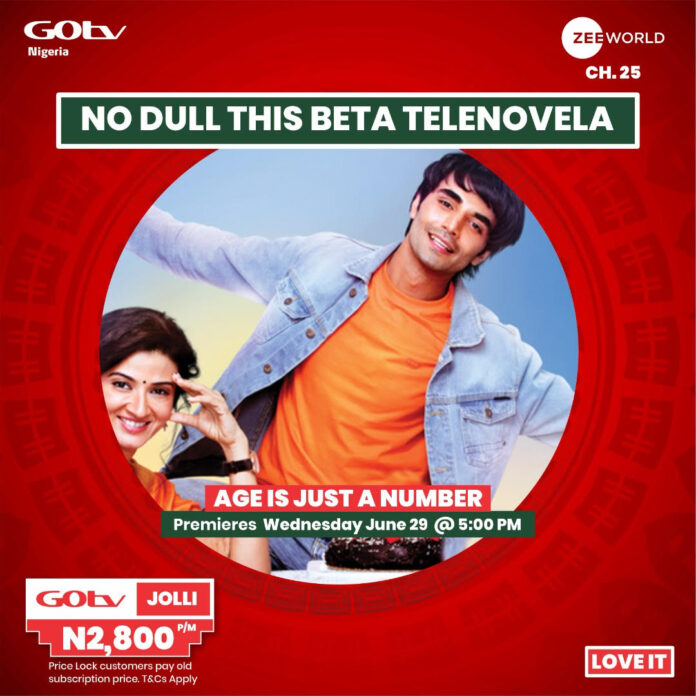 Nothing screams perfect than a show with loads of dramatic twists, top plot scenes, and heart-stirring moments.

Whether you’re a fan of telenovela shows or looking to add a bit of spice to your watchlist, these shows will keep you at the edge of your seat, emotionally attached to the characters and screaming at the screen when those characters make clashing decisions.

Plan a solo date in the comfort of your home or invite a group of friends, order a box of pizza and enjoy these brand-new telenovelas kicking off this weekend on GOtv.

No One Like You: This story follows Antonio, a popular average man who lives a simple life in the neighborhood, and Ricardo, a sophisticated rich man who looks exactly just like him. Their lives change entirely after meeting at a shopping mall when a speeding van hits Ricardo and leaves him unconscious. What will be the fate of these brothers whose identities were exchanged and their different worlds turned upside down?  This Melodrama highlights trust, family, betrayal, scandal, humor, romance and so much more. Catch up on all-new episodes from Monday to Friday on TLNovelas (channel 15) starting this Saturday at 3:30 pm, exclusive on GOtv.

Meet the Family: Looking for a show that will make you regain confidence in life? This telenovela tells the story of a famous screenwriter, George Cruz, whose life takes a big hit after the death of his mother and his wife abandons him as he faces writer’s block and struggles to make another successful hit. This leads him to move to Mexico where he meets a belle, Carmen Jurado, who is a singer. Tune into Telemundo (channel 14) to watch daily at 8 pm from this Saturday.

The Legend: Love a bit of action in your shows? You aren’t left out on this one. This telenovela centers on the story of a 19th-century Mexican outlaw, Jesus Malverde, popularly known as the “saint of drug traffickers”. He leads a group of bandits who oppose corruption by robbing wealthy families and offering to the poor and those in need. His heroic actions are praised by the local dwellers, but they are also a threat to government leaders and wealthy covetous landowners, making him a major public enemy. Follow this riveting show on Telemundo (channel 14) at 9 pm daily from this Saturday.