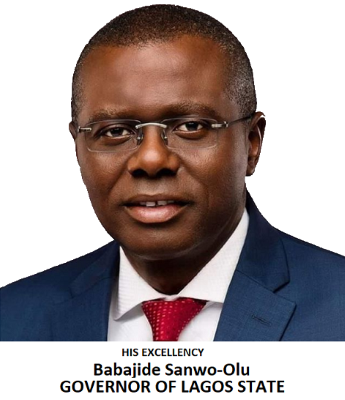 Lagos State Governor Mr. Babajide Sanwo-Olu has condemned in the strongest term, the alleged shooting and killing of Mrs. Bolanle Raheem, a lawyer which took place on Christmas under the Ajah bridge by a police officer attached to Ajiwe police station, while the victim and her family were on their way out for Christmas Day celebration.

The Governor expressed shock and sadness over the mindless shooting of “a harmless citizen” by a police officer whose primary job function was to protect the same citizen.

Sanwo-Olu sympathized with the family, friends and associates of the late Bolanle Raheem, pledging the State Government’s full support and cooperation with the police authorities in their investigation to unravel the remote and immediate cause of the shooting, that led to the untimely death of the innocent citizen, with a view to ensuring that justice is served.

He said: “I have studied preliminary reports on the matter and have instructed the appropriate Government officers to immediately get on it. We must ensure a speedy justice for the late Bolanle. Our Government cannot sit back and watch our citizens killed by the same law enforcers that should ordinarily protect them.

“I’m aware that the Lagos State police command have arrested, disarmed and detained the police officers involved in the shooting incident. I can assure you that the accused persons will have their day in Court and nothing will be spared under the Laws of Lagos State until justice is served adequately. We will ensure that it is done speedily because justice delayed is justice denied.”

Governor Sanwo-Olu however appealed to residents to remain calm and not take the law into their hands on the matter, assuring Lagosians that the Government will live up to her responsibilities and get justice for the late Bolanle Raheem.

The Governor prayed for the repose of the late Bolanle Raheem’s soul, asking God to grant her immediate family and friends the fortitude to bear the irreparable loss.