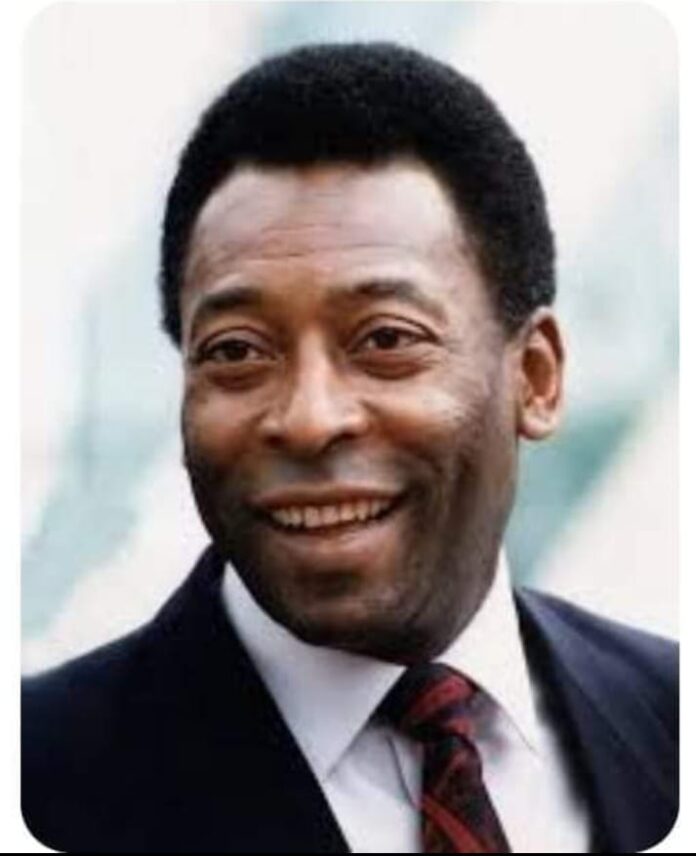 In a shocking video posted by Golaut official on YouTube, Brazil legend, Pele, seems to be slowly losing the battle against cancer as he faintly says goodbye to family and friends.

The condition of the three-time world champion has deteriorated as he was seen struggling to breathe in the video which went viral.

The 82-year-old, who had a tumour removed from his colon in September 2021, was admitted to the Hospital Israelita Albert Einstein in Sao Paulo on November 29, 2022, and recently spent Christmas Day there.

As his condition worsens, family members gathered in the hospital to stay with him, with his daughter vowing to stick by his side as the Brazil great receives care in the hospital after his cancer progressed.

However, in the posted video tagged, ‘Pele says goodbye to family and friends from the hospital bed’, the legend was recorded faintly passing a message.

In another developing video on social media, one of Pele’s former rivals, Romario, has wished the Brazilian football legend well.

Speaking to Ge Globo, Romario said, “King, get better. So much faith. The whole world is looking and praying for you. Improvements! I kiss your heart.”
Pele’s goalscoring record for Brazil is vastly superior to Lionel Messi, long before it was ‘Lionel Messi or Cristiano Ronaldo?’ the debate over which player is the greatest of all time was dominated by Pele and Messi.
https://www.youtube.com/watch?v=Pg0XXhkt0gw&feature=emb_rel_end
https://youtu.be/Lytyni5xmD8

In a shocking video posted by Golaut official on YouTube, Brazil legend, Pele, seems to be slowly losing the battle against cancer

Pele’s exploits for Brazil and Santos earned him the nickname O Rei, or ‘The King‘, as he helped the Selecao light up the football world from the late 1950s into the early 1970s.

The South American pair did not play in the same era, as Ronaldo and Messi, with Maradona taking up the mantle in the 1980s into the 1990s, but that didn’t stop the comparisons.

As well as winning the Golden Ball in 1970, Pele was named the best player in the old South American Championship (now Copa America) in 1959. How could Messi be the greatest of all time? In comparison to CR7. What are their statistics compared to PELE?

Pele is the only player declared a National Treasure by his country.

Pele is the only SOCCER PLAYER for whom a referee was EXPELLED in a game.

Pele is the ONLY PLAYER in History for whom the Queen of England broke protocol just to shake his hands.

Pele is the only player in History to be married by the POPE a second time to the same woman as a recognition of his greatness.

Pele is the ONLY PLAYER in HISTORY for whom a WAR was stopped in order to watch him play – The Nigerian Civil War- only for the war to resume thereafter.