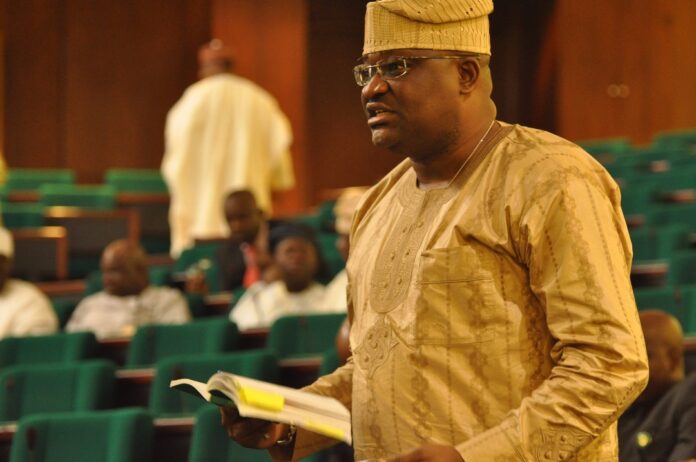 Bimbo Daramola & His Political Sagacity, A Candid Message From My Unbiased Mind, By Hon. Rotimi Makinde

I don’t mind being called a ‘liar’ by those whose views are myopic and biased. I am a ‘liar’ if truly they want to judge me by their own misguided and repulsive standards, then I will say I’m a marvelous ‘liar’. You can also call it anti-party, but I hate to keep silent or fear anyone or being called a ‘liar’ when I’m telling the perfect truth which is what I’m always known for, no matter whose ox is gored.

There are some few individuals with high moral rectitude and dignity that I know, therefore I will be doing the greatest disservice to myself if I fail to be identified with such people where it matters, one of them is Hon. Bimbo Daramola.

Bimbo Daramola is a man who was born because of his people. He is ever fanatical about their interests, welfare, lives, and livelihoods. He speaks nothing but the wishes of his people so passionately all of the time. It is on this premise that I need just the majority of good people of Ekiti North Federal constituency 1 comprising of Ikole and Oye Local Government to accept my truths in the interest of our democracy and our tomorrow (Nitori Ojo Ola Wa).

I will say the truth about the one I know very well, regardless of our political affiliations or differences. Liz Gilbert clearly stated in my mind “What is better: uncomfortable truth or comfortable lies? Every truth is kindness, even if it makes others uncomfortable. Every untruth is an unkindness, even if it makes others comfortable.” In this twenty-first century, reality is virtual and the truth is broader. Bimbo Daramola is not just nicknamed “Mr. Congressman”. Not because of his regular and brilliant submissions while we were both privileged to serve in the Federal House of Representatives for just 48 months (2011-2015) but because he always rose on the floor to throw his weight behind any Motion or Bills that concerned the common man Politically and Socio-economically. Indeed, he is a ”Congressman” and a great asset to this nation that must not be allowed to sink just like that.

Will I ever forget the day Akanni (the name I usually call him), told me he would like to build a 32-bed hospital in his constituency, I said to him, for me, I am opting for a 26 classrooms school in Ile-Ife, he said to me, “Rottee, in Ekiti we have gone passed that, I would like to compliment my state Governor on health. It is only when people are hale and hearty that they can think of studying.”

I am not sure if he spent more than 10 months when we had that conversation in the National Assembly he eventually commissioned the multi-million naira hospital with a heavy presence of cutting-edge facilities all from his personal savings and loans from the banks; just like your darling Rotimi Makinde. The Community High School Ondo road Ile-Ife was commissioned only after my one-term tenure! That is Nigeria Politics for you, (Igi to dara nigbo ki pe). The good trees never stay long in the forest.

At any rate, I have never seen the sun breaking from the sky. Bimbo Daramola is not one of those sudden stars that can easily break away from the sky. He is permanently glued to his people. He dwells with them and he understood and still understands where the shoe pinches them.

Bimbo Daramola is today seeking to restart and rejigged his congress job from the very spot where he was abruptly stopped at no fault of his. Incidentally, the pain in my heart is that he would be flying his kite from a different political party! For me to speak on what exactly is in a political party is a story for another day. “O ma loud gan”.

I must as well reiterate that the truth is a nebulous line between fact and fiction, reality and illusion. I feel for my friend, Congressman, and I equally feel for myself. He who dares to ‘offend’ cannot be seen, to be honest from the mindset of political sycophants and the “yes men”. His genuine eagerness and burning desire not to perish with all the noble ideas and energies in him took him to seek reelection at a time like this under a co-progressive political party that I understand is not strange to his people in Ekiti, moreover, his antecedent has remained a plus for him to guarantee him the deserving victory in 2023.

Quote me correctly, he is not a greenhorn in politics and I sincerely identify with my friend, Hon Bimbo Daramola based on facts, sincerity of purpose, doggedness, enviable pedigree, etc, and I hereby urge every one of voting age in Oye and Ikole Ekiti to think in Bimbo Daramola’s direction and support his reelection bid. He has creditably done it before, he won’t disappoint his constituents again if given the opportunity to serve in the 10th National Assembly in 2023.

Rotimi Makinde is currently a member of the APC Presidential Campaign Council and he once represented Ife Federal Constituency at the National Assembly, between 2011-2015.