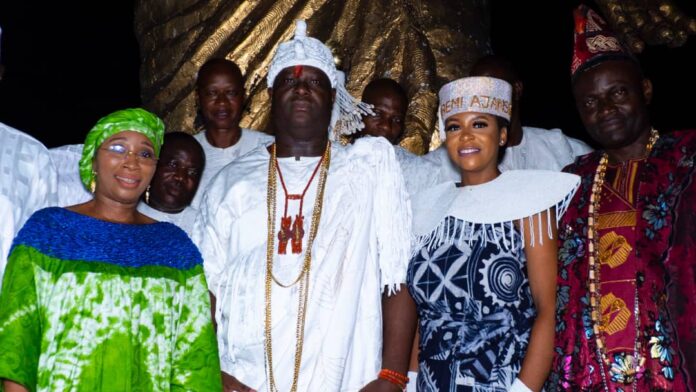 The Arole Oduduwa & Ooni of Ife, Ooni Adeyeye Enitan Ogunwusi Ojaja II, has sought the increased inclusion of more women in leadership positions across the country.

Ooni Ogunwusi who doubles as Co-Chairman, the National Council of Traditional Rulers of Nigeria (NCTRN), made the call at his ancient Ile- Oodua Palace in Ile-Ife on Monday while celebrating the annual Edi Festival.

EDI Festival is an annual ritual in Ile-Ife done in acknowledgment of the heroic life and sacrifice of Moremi Ajasoro, an Ife woman who helped to secure the land from foreign invaders in the early days.

Speaking at the event, Ooni Ogunwusi explained that the prestigious culture of the Oduduwa race dignifies the female gender like their male counterparts, adding that these virtues must be upheld and practiced daily in society.

“We all are witnesses to the outstanding performance of some Ministers, Commissioners, heads of companies, and even countries across the globe, our women here in this part of the world are as capable as their counterparts anywhere globally. The difference is the opportunities that we create for them to perform optimally.” The Ooni said. 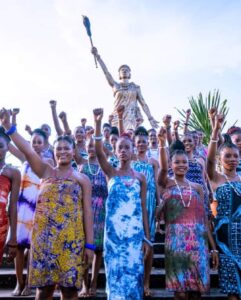 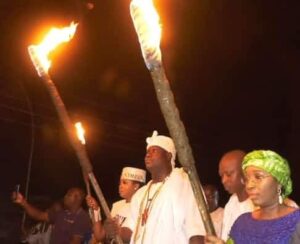 Speaking in her capacity as the Global Ambassador of ‘Queen Moremi Ajasoro Initiative’ an Ooni’s queen, Olori Aderonke Ademiluyi-Ogunwusi who flanked her husband during the event added that the festival equally signals the start of activities for the annual Queen Moremi Ajansoro contest by young talented ladies. She used the occasion to announce the official opening of the portal for applications for the 2022 edition of the Moremi Ajasoro Cultural and Leadership Pageant, the winner of which will be crowned as the Queen Moremi Ajasoro (QMA) 2022 who goes home with a grant of 1m Naira, a branded car, and other prizes.

“Like the whole world is aware of, we are not just doing beauty contests. We are doing contests on creative ideas, leadership abilities, and productivity. We call on interested young ladies to apply via designated online platforms.” Olori Ademiluyi-Ogunwusi noted.

The outgoing QMA, Oluwabukunmi Grace Akinwale told the pressmen who had sought her views on the annual cultural festival that the carry of Moremi torch of liberty is very symbolic as the torch was said to be the weapon that Moremi Ajasoro used to conquer the Ugbo people that threatened the peace of the ancient people in Ife several centuries ago.

This year’s EDI Festival rites climaxed at night yesterday when the Ooni led members of the Ife Traditional Council and the entire gathering in a 500 meter procession to the Moremi Statue of Liberty with the torch of liberty, known as INA’SAN.