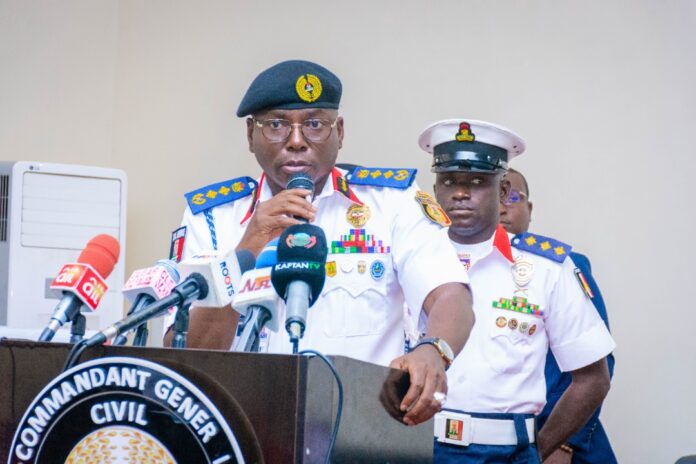 The Nigeria Security and Civil Defence Corps (NSCDC), has declared a state of emergency in schools across the country.

In an attempt to proactively protect Nigeria’s educational institutions, the Corps has trained its Specialised Female Squad unit on sustainable measures and strategies, to be used in protecting schools nationwide, thereby curtailing security threats.

Declaring the 2- Days Train-The-Trainer Capacity Building Workshop opened at the Corps National Headquarters, Sauka, Abuja, the Commandant General, Ahmed Abubakar Audi, Ph.D., MNI, represented by Deputy Commandant General ( DCG ), in charge of Crisis and Disaster Management, DCG Nnamdi Nwinyi, noted that the workshop is apt, timely and germane to the implementation of the Safe School Initiative of the Federal Government.

He stressed that the workshop is coming at a time the nation is contending with security challenges, which necessitate the need for more pragmatic actions to whittle down the menace of insecurity in the country. 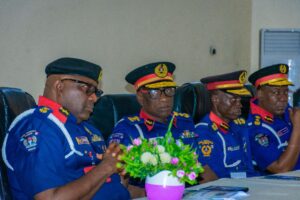 He hinted that the Specialised Female Squad since its establishment has gained significant mileage against the ugly trend of the kidnapping of school children for ransom and commended the Squad for their deliberate efforts in repelling numerous kidnapping attempts on students and more importantly, keeping schools safe at all times.

The CG charged the unit to remain focused, resilient, and committed to the security of schools and the protection of students, teachers, and other workers.

According to him, “The learning environment should be devoid of violence and crimes in order to attain educational excellence, which is key to the growth and development of the nation. 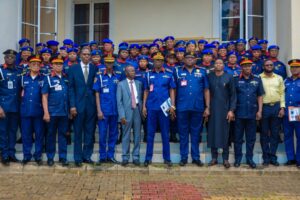 “Nothing in the world could be so precious as our children, which is why we have declared an emergency in this sector to mitigate the multi-faceted threats challenging the nation’s security architecture, especially attacks on institutions of learning by hoodlums, kidnappers, and bandits.

“We have developed strategic plans and a robust template that will crystalize into more precise action to prevail over these hostilities and achieve sustainable safe schools in Nigeria.

“Note that the workshop is structured to expand your capacity as members of the Female Squad unit, you are therefore to compare notes, engage in critical thinking and come up with more robust templates to achieve sustainable safe schools in Nigeria.”
Dr. Audi assured that schools would remain safe and conducive for Nigerian children as the Corps is intensive, collaborating and cooperating with other security operatives in combating all forms of criminalities across the country.

He charged participants at the workshop to take the lessons, skills, and knowledge acquired during the training down to their colleagues and subordinates for effective discharge of duties. 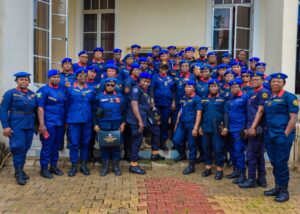 In his remark, the CEO of Supersonic Limited, Frank Ohwofa thanked the Commandant-General, for granting their company the opportunity, to facilitate the training and praised his foresight, in creating the Specialised Female Squad.

He stated that the workshop is conceived to train the Female Squad Unit on new security trends and patterns employed by bandits and kidnappers for ransom.

According to him, “the workshop will interrogate in-depth public emergency security systems that can be deployed, by the Corps in collaboration with other stakeholders to effectively harness the kinetic assets of the Corps for maximum performance, thereby enhancing response time to violent incidents in places of learning.

He stated that the workshop is consistent with the imperativeness to provide robust interventionist and proactive measures, to mitigate the multi-faceted threats confronting the nation.

He described those chosen to lead in the fight against kidnappings and other forms of insecurity threatening a safe learning environment in these trying moments in our nation’s history as Patriots.

On the other hand, he charged participants to take advantage of the training, to build on the training already acquired, before now with a view to filling necessary gaps.

He advised them to at the end of the strategic Train-The-Trainer Capacity Building Workshop, domesticate the knowledge and skills acquired in their various State Command Headquarters.

He assured that with the cream of experts available at the workshop, participants will leave the program sharpened, reinvigorated, and better informed with new strategic planning tactics and execution of security protocols in schools.

He called on the Federal Government, State Governments, proprietors of private school owners, and all stakeholders in the education sector, to give maximum support to the efforts of the Nigeria Security and Civil Defence Corps, under the able leadership of the current Commandant-General, for better security and protection of schools, students, teachers, and workers nationwide.