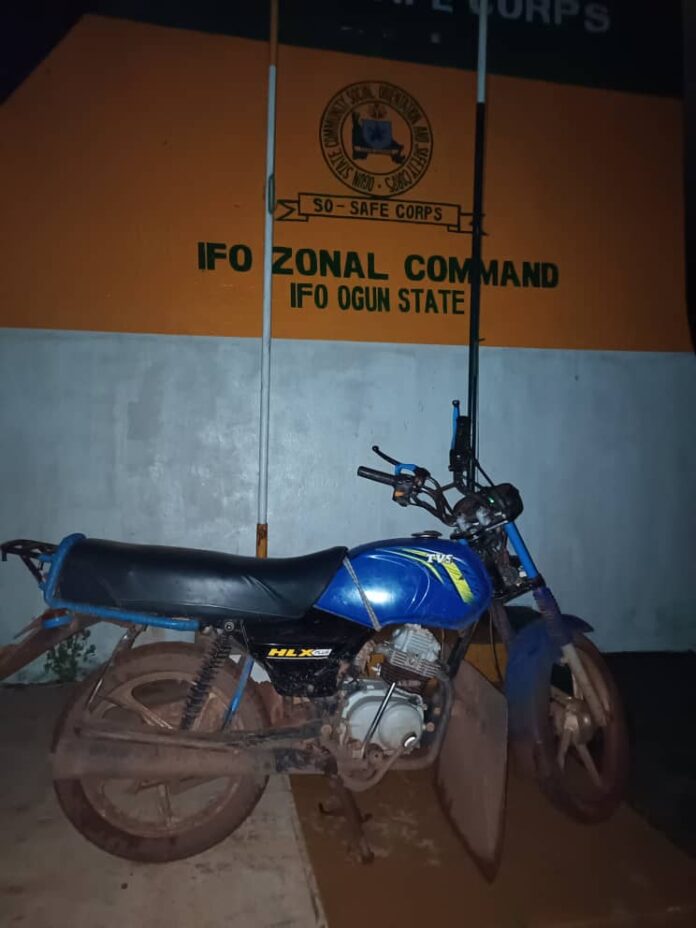 The operatives of the Ogun State So-Safe Corps have foiled a suspected operation to be a deadly attack in Ogun State.

This is contained in the press release issued from the Office of the State Commander of the Corps, Commander (Dr.) Soji Ganzallo through the Office of the Director of Information and Public Relations of the Corps, Assistant Commander Moruf Yusuf said that ‘the Officers of the Corps on routine patrol at about 20:00hrs on Wednesday, 12th of October, 2022 on patrol in Anifowose community development area (CDA) in Agbagi Village in Ifo Local Government Area when their eyes caught ten Men on 5 different motorbikes suspected to be out for a deadly operation.

Ganzallo when he was contacted to know the next line of action on the suspected hoodlums quickly instructed his men to go after the suspected team and warned them not to terminate any of them accidentally but apprehend them for likely prosecution.

The Zonal Commander Ifo Zonal Command, Assistant Commander Fatai Akinsola swung into action by mobilizing his men led by the Ifo Zonal Operation, SC Oluwole Samuel to give the suspects a hot chase. 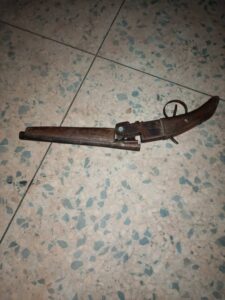 At G4 Community Development Area (CDA), the suspects noticed they were been pursued by the men of the So-safe Corp, One of the motorbikes suddenly stopped while two suspects on it confronted the Officers and macheted our officer, but unfortunately for them, the team was able to reinforce to recover the motorbike of the suspects.

Meanwhile, Ganzallo instructed the team to ensure they bring the suspects to book through prosecution, during hot chasing, a cut-to-size locally made pistol fell from one of the suspects and they both evaded arrest.
The situation was handled professionally and technically due to the congestion of the area.

Ganzallo noted that for So-Safe Corps, it is better for a suspect(s) to escape arrest than for an innocent citizen to be killed.

The DPO, Ifo Division commended the teamwork of the officers of So-safe for the good job done having visited the scene and advised the team to take the injured Officer immediately to the nearest hospital for treatment.

The recovered TVS motorbike and the cut-to-size arms had been transferred to the Nigeria Police, Ifo Divisional Headquarters for further investigation and arrest of the culprits for likely prosecution.