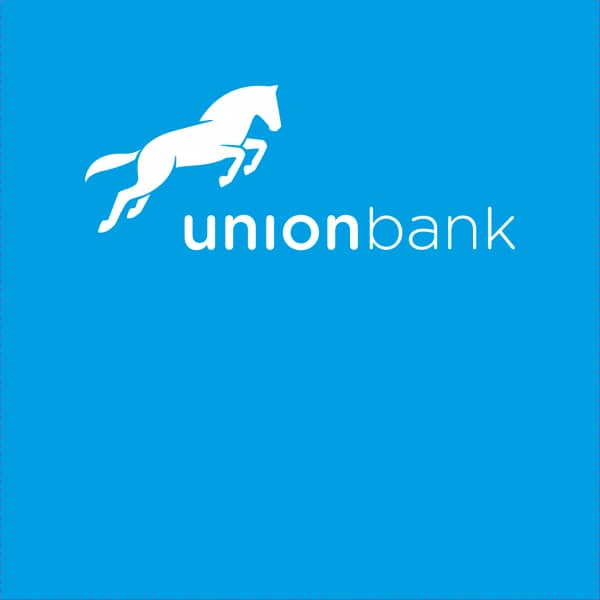 Union Bank, a leading financial institution celebrated its 105th year of serving Nigerians with the announcement of the completion of a landmark transaction that saw the integration of the Bank with Titan Trust bank to form a stronger union.

January 2022: Union Bank celebrates its 105th year of operations as Titan Trust Bank gets nod from regulators for the official integration. The fusion of both entities created expanded networks, increased operational efficiency and capacity as well as improved service delivery for the customers. The new direction set Union Bank on a path of delivering prosperity and shared growth for its partners and customers all over the African continent.

February 2022: As part of its commitment to push beyond banking to promote innovation and creativity nationwide, Union Bank partnered with AfricaNXT – formerly known as Social Media Week, to host the largest gathering of innovators across Africa. As an organisation focused on accelerating digital innovation, Union Bank showcased some of its ‘Digital Ventures’ products (Kula, Booster, and M36) at the event via an interactive booth. The Bank also hosted two insightful sessions – a panel discussion and a masterclass session – targeted at the tech ecosystem.

March 2022: As an organisation committed to leading the charge for inclusion and parity, Union Bank has consistently leveraged International Women’s Day (IWD) to promote impactful discourse and encourage positive action for gender equality 2022 was no different. In in line with the 2022 global theme #BreakTheBias, the Bank hosted an event to celebrate everyday women breaking biases and shattering barriers in their professional and personal lives.

A key highlight of the event was the inauguration of the first executives for Wehub – Union Bank’s Women Empowerment Hub which is an internal network launched in 2016 to motivate, connect and provide support to women within the Bank. The newly elected executives were charged with the task to drive the implementation of impactful initiatives aimed at advancing the Bank as a progressive place to work.

April 2022: As part of its ‘Beyond Banking’ strategy and commitment to innovation and technological advancement in Nigeria, Union Bank launched SpaceNXT a future-forward, purpose-designed co-working technological and innovation hub built to promote innovation and encourage collaboration within the tech ecosystem in Nigeria. Located within the Union Bank Head Office in Lagos Nigeria, SpaceNXT provides an enabling environment where tech enthusiasts, visionaries, and creators can converge for the propagation of new ideas. It is a launching pad for innovators to collaborate, develop and improve on ideas around digital systems and tech-based solutions.

May 2022: Following the completion of the official integration, and the subsequent receipt of all necessary regulatory approvals, Union Bank posted a formal notice of change in control with TGI Group, parent of TTB, now the majority shareholder and core investor in Union Bank. In addition to this, the Bank also announced the completion of the divestment of the Bank’s entire shareholding interest (direct and indirect) in its subsidiary, Union Bank (UK) Plc (“UBUK”), and the effective appointment of a Chief Executive Officer, Board Chair, and the reconstitution of a new Board of Directors. The new CEO, Mr. Mudassir Amray, and Board Chair, Farouk Gumel assumed office on the 2nd of June 2022

June 2022: Leading development bank Afrexim Bank backed Titan Trust Bank with the sum of $300,000,000 to support the integration with Union Bank. This is to ensure the Bank is well-positioned to deliver value to its customers and shareholders.

July 2022: Following a successful first season, Union Bank announced the return of Save & Win Promo, its flagship campaign aimed at rewarding new and existing customers with cash rewards and other gift items worth over N55,000,000. The second edition of the nationwide campaign coincides with the Bank’s 105th anniversary and will benefit more customers to appreciate them for their support and loyalty over the years.

August 2022: As part of its continued commitment to UN SDG5, Union Bank continued its long-standing partnership with Junior Achievement Nigeria (JAN) to impact over 300 girls, in the 21st edition of the Leadership Empowerment Achievement and Development (LEAD) Camp which marked the eighth year of collaboration between JAN and Union Bank. The week-long event was used to provide guidance and improve the skill sets of the girls in areas of financial literacy, entrepreneurship, technology, creative arts, and entertainment. Development sessions in the program included coding, understanding sexual abuse, and personal hygiene, while the participants also received mentorship from respectable and high-ranking women in the country’s private and public sectors.

September 2022: Mr. Farouk Gumel, Chairman, Board of Directors, Union Bank of Nigeria delivered the keynote address that formed part of the theme for the 15th Annual Banking and Finance Conference tagged Repositioning the Financial Services Industry for an Evolving Global Context. In his remarks, Farouk Gumel emphasised how the rapidly expanding agricultural sector in Nigeria has the potential to grow exponentially and contribute not just to the advancement of the Nigerian economy, but also to the welfare of the local farmers who form a large percentage of the unbanked.

He highlighted how Union Bank in its 105-year history continues to support the Nigerian farmer and pointed out that the recent integration with the parent TGI group has further opened more opportunities for the Bank to leverage international partnerships to service the rural economy.

October 2022: Union Bank signed a partnership with Mobihealth – a globally recognised, integrated telehealth provider based in the UK, facilitating health solutions for underserved communities in Africa. This first-of-its-kind partnership is part of Union Bank’s commitment to enabling success for its customers. The Bank aims to leverage this partnership to expand access to high-quality and convenient healthcare services for its customers at discounted rates.

In addition, Union Bank also secured a $25 million funding line from Africa Agriculture & Trade Investment Fund (AATIF) to expand its agricultural business footprint in Africa. This funding aims to support the Bank’s agri-expansion and outreach strategy and is expected to further contribute to the growth of the competitive food and agricultural sector in Nigeria that is fully aligned with national priorities – including improving food security, increased agricultural production, and local food processing.

November 2022: To expand its footprint in Africa, Union Bank signed an MOU with Attijariwafa Bank – a leading multinational commercial bank and financial services company based in Morroco. Through this partnership, both Banks will develop new joint business opportunities for their respective customers that seek to support the trade finance and investment corridors between Nigeria and all the countries where Attijariwafa bank operates.

December 2022: To closeout, it’s 105th-year anniversary activities, Union Bank launched a brand-new sonic identity tagged ‘The Sound of Union. The launch of the Sound of Union – a 9-track EP, spanning different genres including afrobeat, highlife, jazz, alternative rock, and more – is part of the Bank’s strategy to engage with today’s and tomorrow’s generations. The goal of the launch is to leverage the universality of music to build better connections with new and existing audiences through this unique sound identity. The Sound of Union EP is now streaming exclusively on Boomplay.

Awards & Recognitions: In 2022, the Bank received several awards and recognitions both locally and globally including the Global Finance award for the Best SME Bank 2023, the Euro Money Euromoney ‘Highly Regarded’ Bank for Corporate Banking, Corporate and Social Responsibility (CSR) and Environmental, Social and Governance and ‘Notable’ Bank for SME Banking and Digital Solutions. We were also awarded the Middle East and Africa Banking Innovation Awards for Best Trade Finance Platform 2022, and Budgit Active Corporate Citizens award for Civic Investments.

Please note that as a summary, this is not a comprehensive listing of the Bank’s events and activities during each stated period. As we look ahead to 2023, Union Bank remains committed to providing simpler and smarter solutions for its customers.