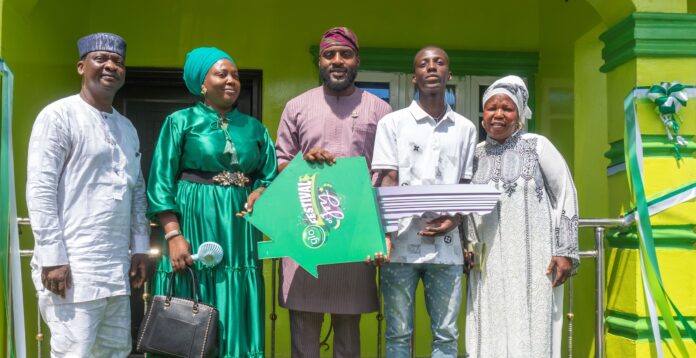 Telecommunications giant, Globacom, yesterday fulfilled its promise of rewarding its loyal subscribers with amazing prizes as a 19-year-old undergraduate was presented with a three-bedroom house in its unprecedented promo, Festival of Joy.

The first of the presentations was held yesterday in Ibadan, the capital of Oyo State, where 19-year-old Ibrahim Akindele, the winner of the three-bedroom apartment, gushed with excitement and unbridled joy.

The impressive ceremony was attended by the Speaker of the Oyo State House of Assembly, Mr. Debo Ogundoyin, and other key members of the state legislature. 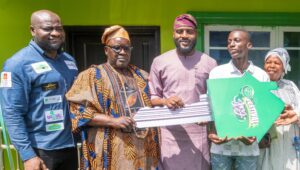 The 200-level student of Science Laboratory Technology of the Ekiti State University, Ado Ekiti, Ekiti State said skepticism was his first reaction to the good news.

“I was in disbelief, I thought it was just someone playing pranks”, he said, adding though that he knew from past events that Globacom is a company that gives huge prizes to its subscribers. He, however, said that the decision on how to use the apartment would be left for his parents to make.

His 54-year-old mother, Mrs. Funmilayo Akindele, was also brimming with palpable joy as she said, “The house will be a place of refuge for Ibrahim and his older brother while we will be coming to spend weekends with them”. 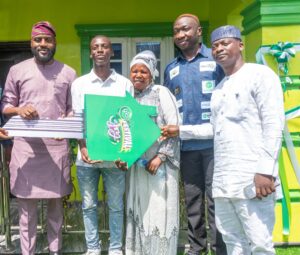 The Globacom Head of Operations in the West Territory, Mr. Akeem Yusuf, noted that the promo is another opportunity for the company to reward its subscribers with amazing prizes in line with its commitment to the continued empowerment of its customers.

“Our commitment to the total well-being of our subscribers and the realization that shelter is one of the key needs of man have fuelled our desire to help some of them have houses of their own through this promo. This kind of prize is unprecedented as no brand has ever offered or presented such to their customers before”, he stated.

Ibadan will be hosting another prize presentation on Thursday, November 17, where lucky winners will go home with prizes including a brand new Kia car, power generators, sewing machines, and rechargeable fans among other prizes.

Glo Festival of Joy will make 20 lucky subscribers landlords/landladies,  just as  24 of them will win brand new cars across major cities of the nation as well as other prizes, including power generators, sewing machines, and rechargeable fans, among other prizes.